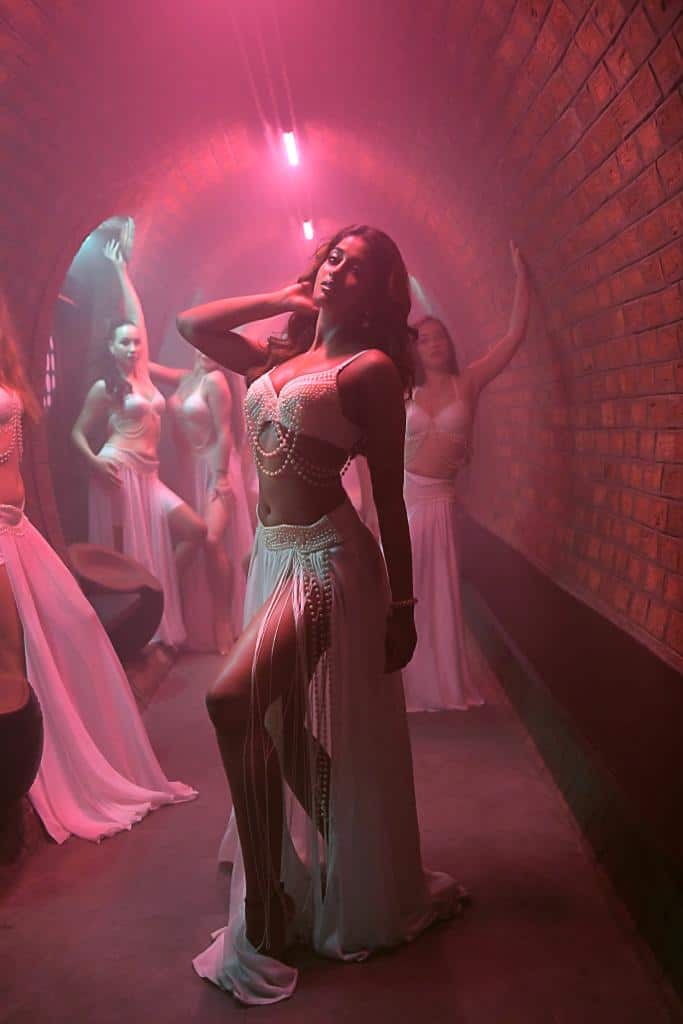 Dimple Hayathi who shot to fame with her glamorous show and exceptional dance in Gaddalakonda Ganesh is hoping to reach next level of stardom with Ravi Teja’s Khiladi. The actress has got to exhibit her dancing skills yet again in the special groovy number Catch Me in Khiladi.

The song Catch Me rendered by Rockstar Devi Sri Prasad will be dropped on February 5th and Dimple Hayathi looks ravishing here. She exhibits her killer curves in this two-piece white outfit and her sensuous show is just too hot to handle. Foreign dancers can also be spotted in the picture.

The film also features Meenakshi Chaudhary as the other actress with Arjun and Unni Mukundan essaying vital roles. Ramesh Varma has directed the film, while Satyanarayana Koneru of A Studio has produced it.

The film is getting ready to hit the big screens on February 11th.