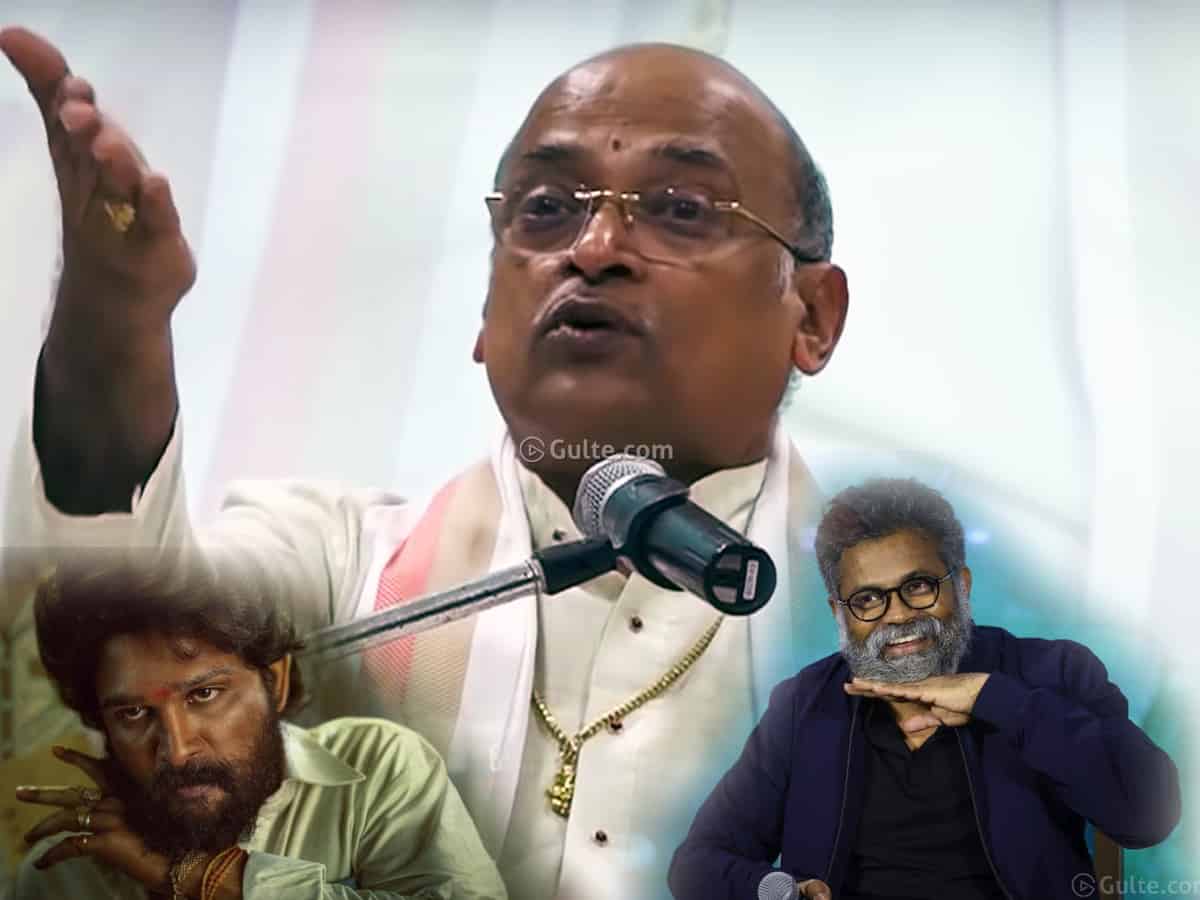 Garikipati Narasimha Rao is a famous Telugu Avadhani who is widely respected for his abilities to spin out verses conforming to Telugu grammar on literally any subject. He is also a motivational speaker and delivers lectures on personality development based on Dharmic culture and way of life. He was recently conferred with the Padma Sri award by the central government of India. After the announcement, he spoke to various TV channels. In one of the interactions, Garikapati raised objections on the recent blockbuster Pushpa.

Garikapati usually delivers lectures on the Ramayana, Mahabharatha, and Bhagavadgeetha where he elevates the Gods as heroes and influences people, especially youth to take them as role models. However, he found fault with the film where the hero is a smuggler and according to him, the youth is taking his character as a role model.

“A smuggler is hero, in Pushpa. If we raise objections, you may say that you will show that the hero does good things in the end or will ask us to wait for the second part of the film,” said Garikapati, adding, “Until you come up with the film’s second part, the damage is already being done in the society.”

“People glorified smuggling in the film and the hero uses the phrase, ‘Taggede Le’. The youth started using it as a spiritual quote. Youth gets influenced by the film and says ‘Taggede Le’. Who is responsible for this kind of influence on society?” asked Garikapati angrily.

“I want the hero or the director to give me an explanation for the same. Because of the dialogue, the crime rate will be increased in society. Someone like Harischandra or Lord Sriram should use ‘Taggde Le’ and how can a smuggler say that?” argued Garikapati.