Pushpa Completes 50 Days Of Its Rampage 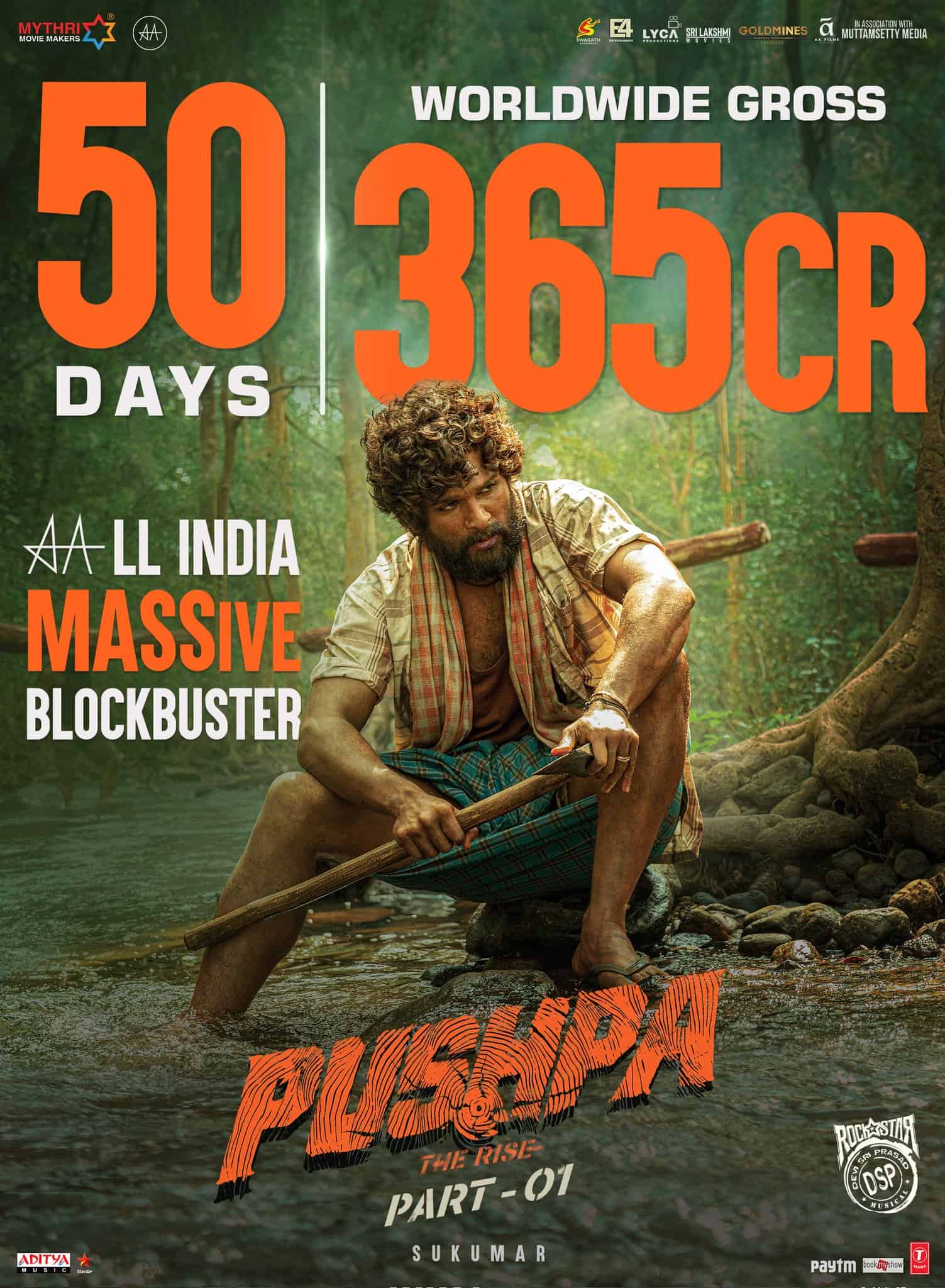 There is no stopping for Pushpa: The Rise at the box office. The Sukumar directorial film is minting a huge amount at the ticket counters even now. The movie has successfully completed 50 days of its run the other day.

The makers have officially announced that Pushpa has collected a total worldwide gross of Rs. 365 crores at the box office. This is very huge, considering the time during which the film has been released.

When Pushpa had hit the screens, it faced tough competition from Spiderman: No Way Home and 83. The Allu Arjun-starrer action thriller managed to beat the other two biggies to emerge as the true winner. After a couple of weeks of its release, the third wave of the pandemic has happened. Many theatres have been shut down and many of them ran with 50% occupancy.

Amid such restrictions, Pushpa managed to collect such a huge amount at the box office. Especially, it was a smashing hit in North India and collected more than Rs. 100 crores in the Hindi belt. On the whole, it has now become the biggest blockbuster of Indian cinema in 2021.

With this success, Allu Arjun has become a pan-India star. There is huge anticipation built around the film’s upcoming sequel Pushpa: The Rule. It is expected to hit the screens next year.

Sunil, Anasuya and Fahadh Faasil played the other pivotal roles in this movie.