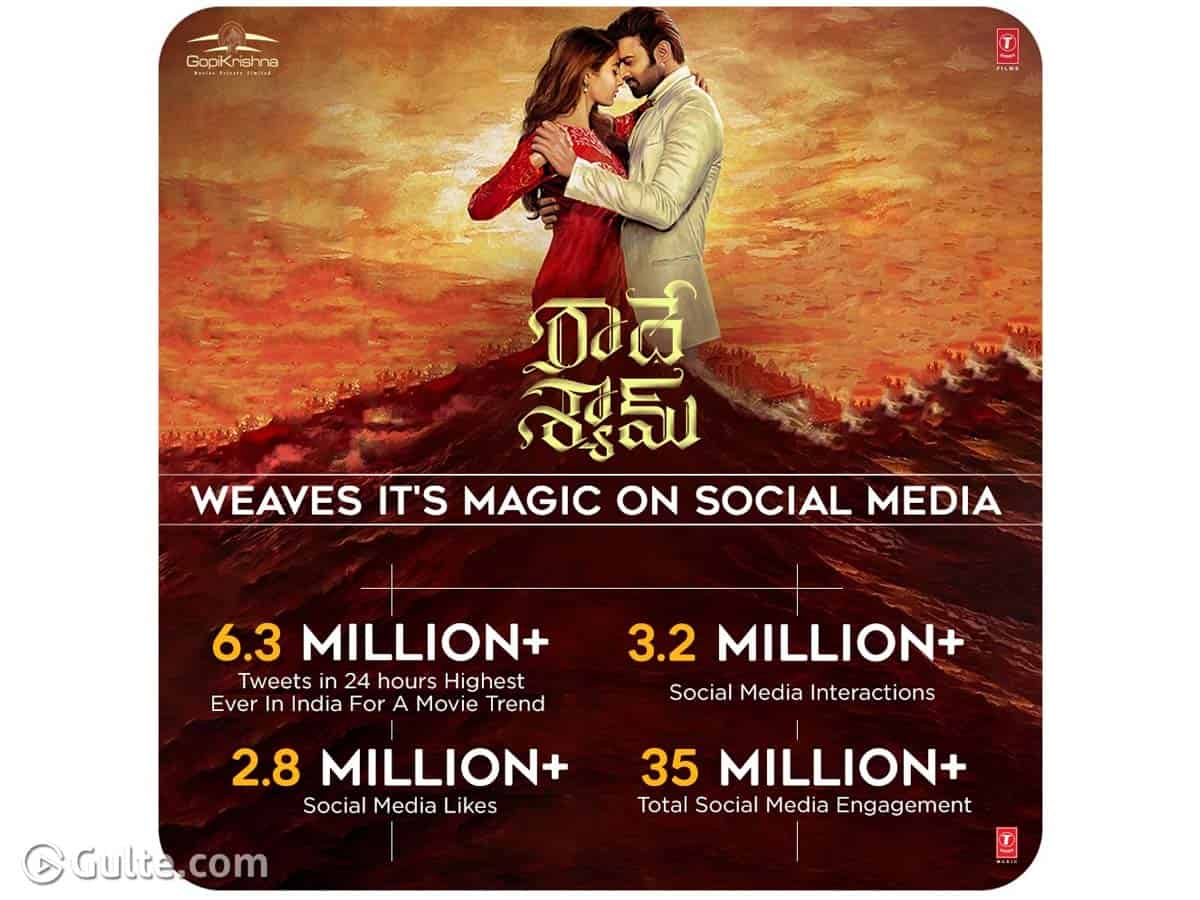 Baahubali star Prabhas, who got a national recognition and celebrity status with Rajamouli’s magnum opus, has cemented his position with Saaho in the north belt. The Hindi version did well at the theatres in North including the likes of Bihar, thanks to its high-octane action sequences. Now, Prabhas is targeting national audience again with his forthcoming pan India movie Radhe Shyam.

With 6.3 million plus tweets in 24 hours, the makers aver that this is by far the highest number of tweets for a movie to trend on Twitter. This phenomenal response on social media has turned the heads of Bollywood towards Radhe Shyam.

Directed by Radha Krishna, the film’s last shooting schedule in Georgia was cut short due to rise of global pandemic Covid 19. The makers are keen that they would soon wrap up the balance portion and would hit the screens with a simultaneous release across pan India.