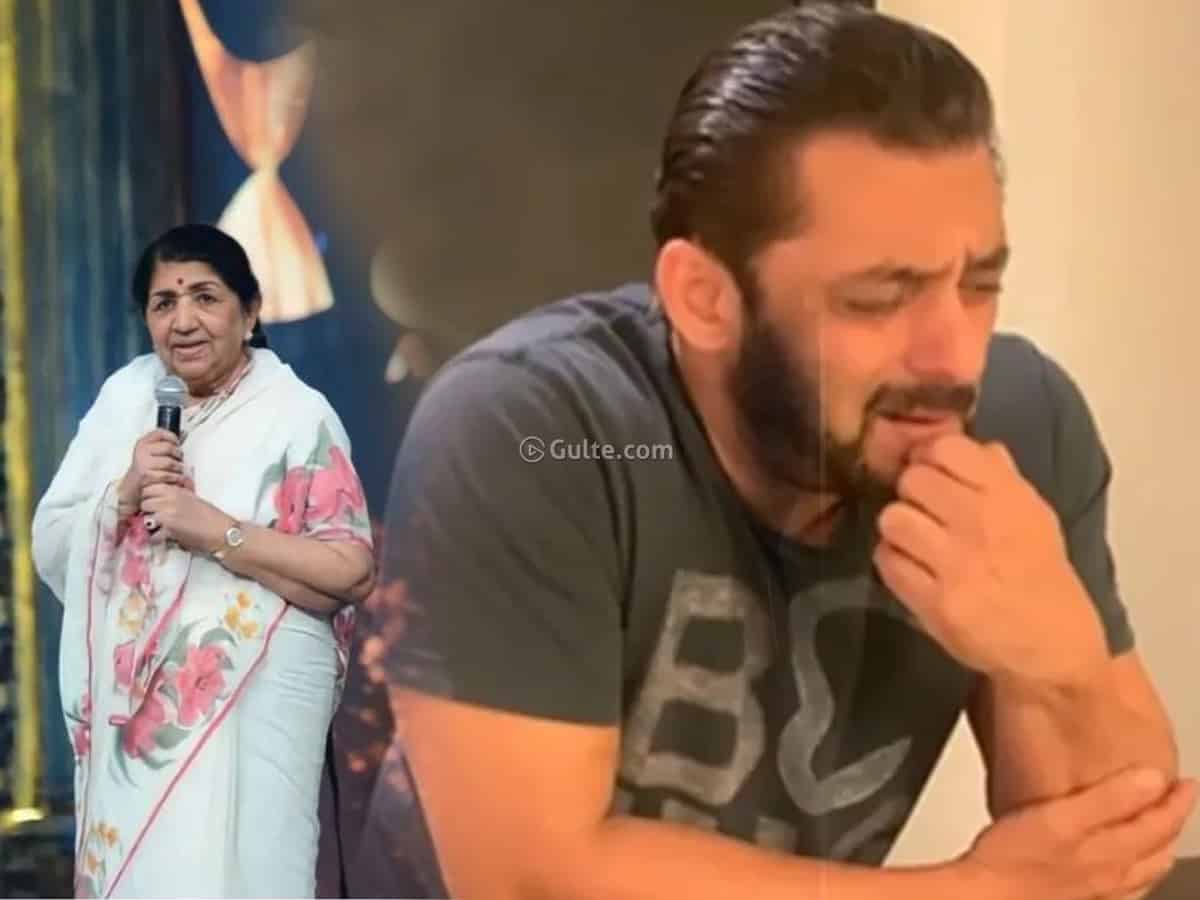 ‘Lag Jaa Gale….’ song is picturized on the legendary actor Sadhana and the verses can move you to tears. And the song from Woh Kaun Thi (1964) was sung by the all time legendary singer Lata Mangeshkar. Lata’s unfortunate demise is still leaving fans and celebrities mourning and in bouts of grief. The melody queen left for her heavenly abode on February 6.

The latest to pour in tribute is Bollywood actor Salman Khan. He took to his social media handle and paid an emotional tribute to the legendary singer. The superstar sang ‘Lag Ja Gale’ as he remembered the ‘Nightingale of India’. Sharing the clip, Salman wrote, “Never has been, never will be any1 like u Lataji ….” He can be seen getting emotional by the end of the video when he sang ‘ Shayad Phir Iss Janam Mein Mulakat Ho Na Ho’.

Fans left comments and recalled the memories along with Salman. Lata Mangeshkar sang several songs in Salman Khan’s films including Hum Aapke Hain Kaun and Maine Pyaar Kiya. It is India’s one of the biggest losses as she sang over 30,000 hit songs in her career.