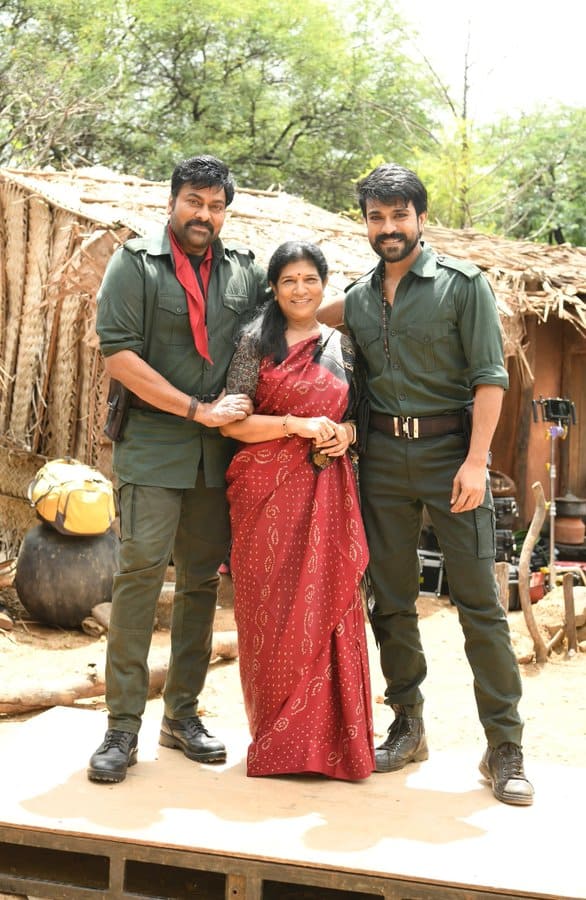 Megapowerstar Ram Charan took to his social media to wish his mother Konidela Surekha who turned a year old on Friday. “No one knows me like you do!! Happy birthday maa,” wrote Charan and that’s sweet.

The Mega hero also shared a picture of him with his parents i.e, Megastar Chiranjeevi and Surekha from the sets of ‘Acharya.’ Chiru and Charan are seen in green uniforms which is part of their roles.

Mega fans loved this picture but the only one missing in his picture is Charan’s best half Upasana.

‘Acharya’ features the father and son and it is their first film together (Though Magadheera was just a cameo) and Mega fans are super happy to see him sharing the screen space.

Directed by Koratala Siva, ‘Acharya’ is releasing on April 29th. Initially it was scheduled for release on April 1st, it was pushed to give space for Rajamouli’s ‘RRR.’