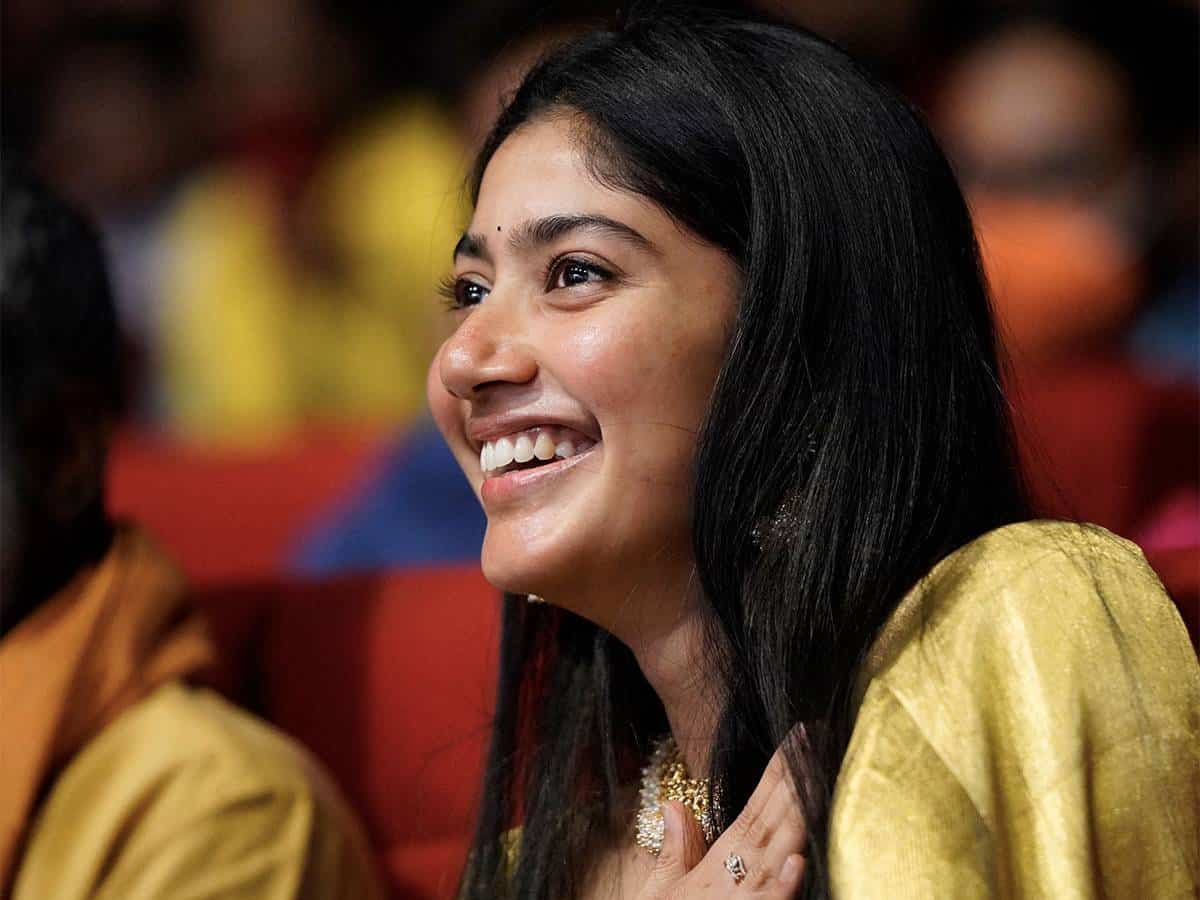 Aadallu Meeko Johaarlu is the upcoming Telugu film. The film features Sharwanand and Rashmika Mandanna in the lead roles. Directed by Kishore Tirumala, the film is bankrolled by Sudhakar Cherukuri. The film’s pre-release event was held today in Hyderabad. Sai Pallavi who worked with Sharwa and Sudhakar in Padi Padi Leche Manasu attended the event as one of the chief guests.

Director Sukumar is also a chief guest and while he is giving his best wishes to the team and greeting the other guests, the crowd suddenly erupted with whistles and cheering when Sukumar uttered Sai Pallavi’s name.

The crowd went crazy and continued shouting when Sukumar took Pallavi’s name and everyone on the stage felt so happy that Sai Pallavi received such a big fan following.

After the crowd became silent, Sukumar appreciated Sai Pallavi. Sukumar said, “Looks like Sai Pallavi is Lady Pawan Kalyan,” and added, “She is not just a great artist but also a great human being.”

Sai Pallavi had rejected a brand endorsement of a fairness cream once despite being offered a huge paycheck. The news went viral in the media as well as the film industry. Sukumar too came across the news and he spoke about the same.

“Hats off to you Sai Pallavi for rejecting that Ad. When I came to know, I felt extremely good. I never got the chance of expressing my happiness over the same. You are an inspiration for doing that,” said an elated Sukumar.

No doubt Sai Pallavi is a star who is always down to earth. She deserves all the appreciation and let us hope that she continues inspiring many with her movies and personality.