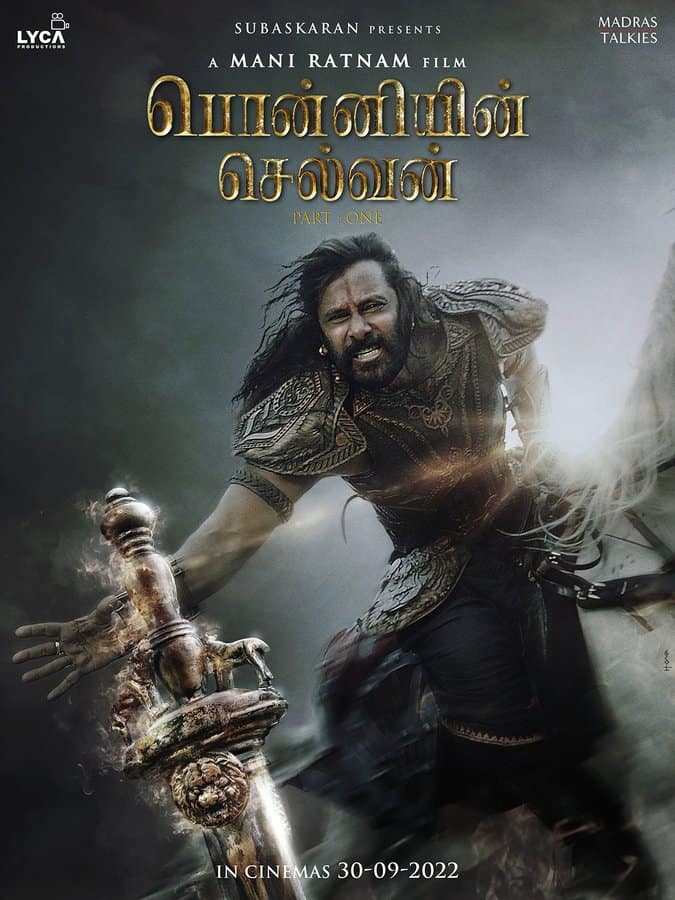 One of India’s top directors Mani Ratnam is also venturing into the big budget extravaganza films with ‘Ponniyin Selvan’ and this film is being made on a large scale in multiple parts. An ensemble cast of Chiyaan Vikram, Aishwarya Rai Bachchan, Karthi, Trisha, Jayam Ravi and others are part of the prime cast.

Marking the occasion of the film’s producer Allirajah Subaskaran’s birthday, the team of ‘Ponniyin Selvan’ unveiled a set of first looks of Vikram, Aishwarya, Trisha, Karthi and Ravi. Vikram is seen as a warrior picking up a sword while Karthi looks like a god-man and Jayam Ravi is torn in the war battle with blood stains on his face. These looks are really terrific.

Aishwarya Rai and Trisha look regal like queens. The attention to detail in the costume and jewellery are outstanding. All the first look posters are stunning and up-ed the expectations.

‘Ponniyin Selvan’ is an adaptation of writer Kalki Krishnamurthy’s 1955 novel of the same name. This is Mani Ratnam’s dream project and the budget is reportedly Rs 500 crore.

With the first look posters, the film’s release date is also announced on September 30th and will be dubbed into multiple languages.