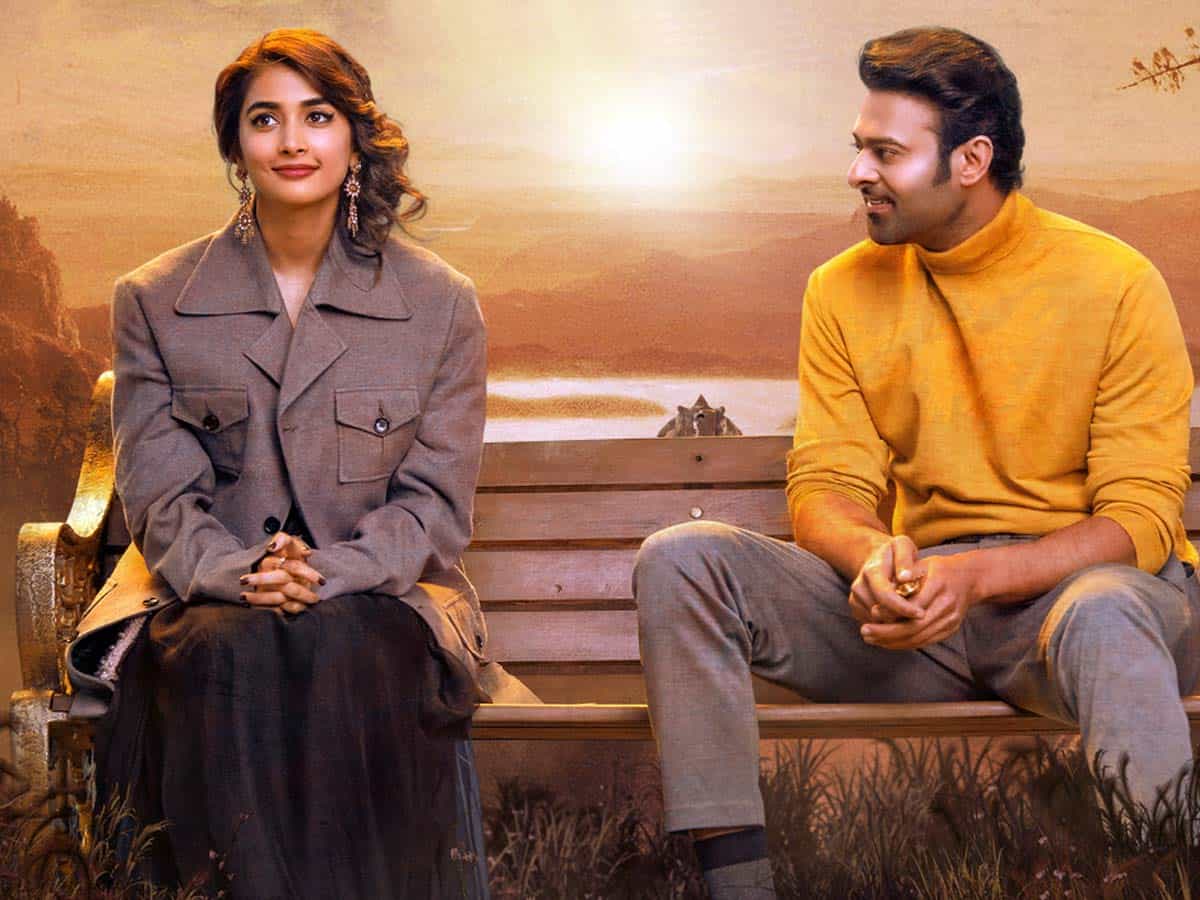 Prabhas is undoubtedly an action star. After magnum opus Baahubali and even Saaho, Prabhas is known for his action stunts and high-voltage fight sequences. But his forthcoming Radhe Shyam sans action – not even a single fight scene. This is certainly a great cause of worry for an action star like Prabhas and his mammoth fans.

Prabhas fans would expect him to flex his muscles and fight goons. But in a total contrast, Radhe Shyam is purely a romantic drama with a time travel backdrop that runs high on emotions.

A love story without any action made with a whopping budget of about Rs 300 Crore is certainly a worrisome for fans and trade alike. While Baahubali made him a Pan India star, his immediate Saaho couldn’t meet the expectations. The film failed miserably in the South. However, the blessing in disguise was it was received well in Tier-2 and Tier-3 cities and did well in mass pockets such as Bihar. This made Saaho a passable success in Hindi but flop in the South. The reason for Saaho bailing out trade in the North was its action part. Exactly, that is missing in Radhe Shyam.

Prabhas needs to score a hit with Radhe Shyam. In Hindi as well as in Telugu, Prabhas direly needs success. It needs to be seen whether Radhe Shyam overcomes these odds and proves to be a winner at the Box Office or not.