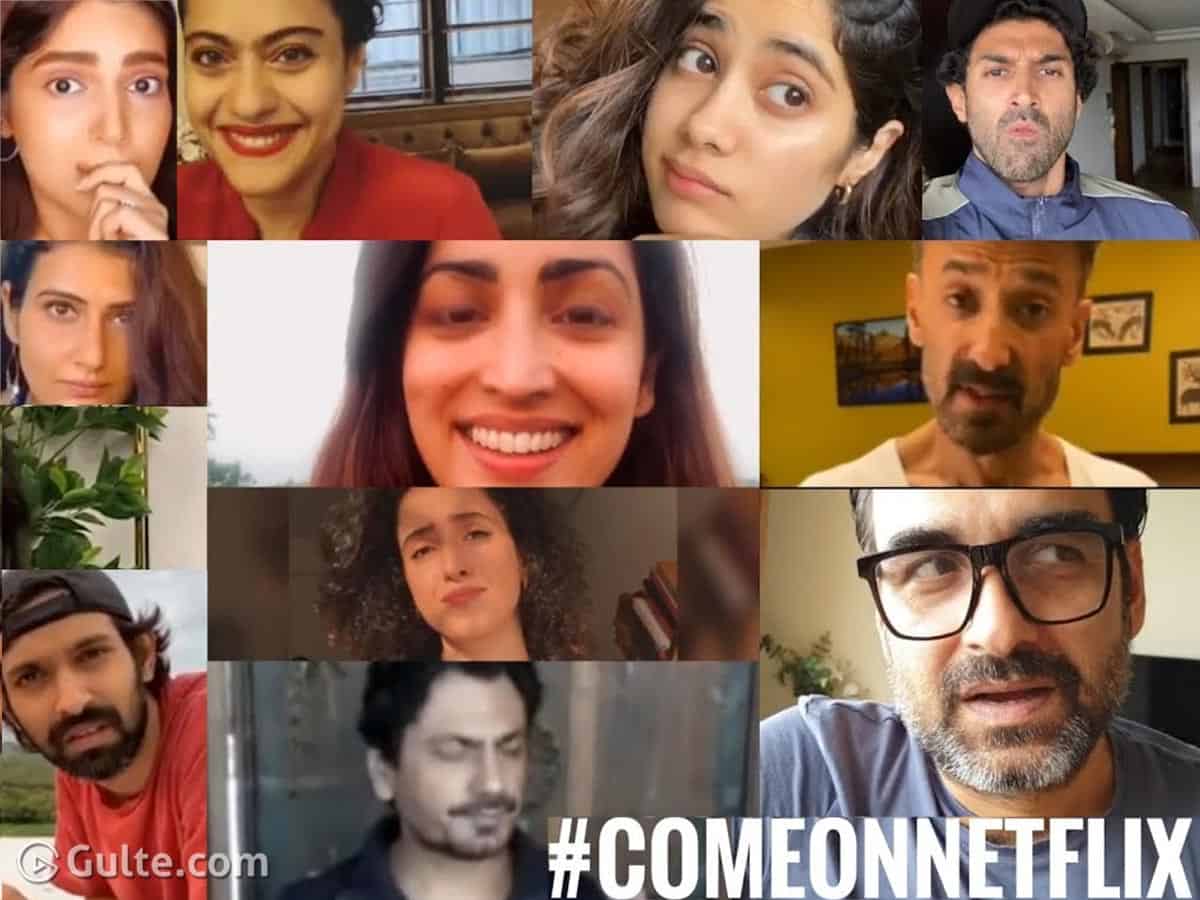 It has been four months already that audiences have forgot theatre experience completely and relying only on OTT platforms to fulfil their ‘entertainment’ cravings. Taking advantage of this situation, the likes of Netflix, Amazon Prime and Hotstar are acquiring big Bollywood movies to stun the audience.

After Disney-Hotstar announced acquiring 10 big Bollywood films that are likely to release in couple of months span, now Netflix has stated that they are coming up with 17 Bollywood originals to entertain Indian audiences across the globe. Trend the hashtag #ComeOnNetflix from couple of days, finally, the OTT giant revealed the projects they are going to stream very soon.

Well, surprisingly there are no big Telugu films, web films or web series lined up in this. While some films like Krishna and his Leela made there, Telugu remake of Lust Stories and others projects have become dead silent.