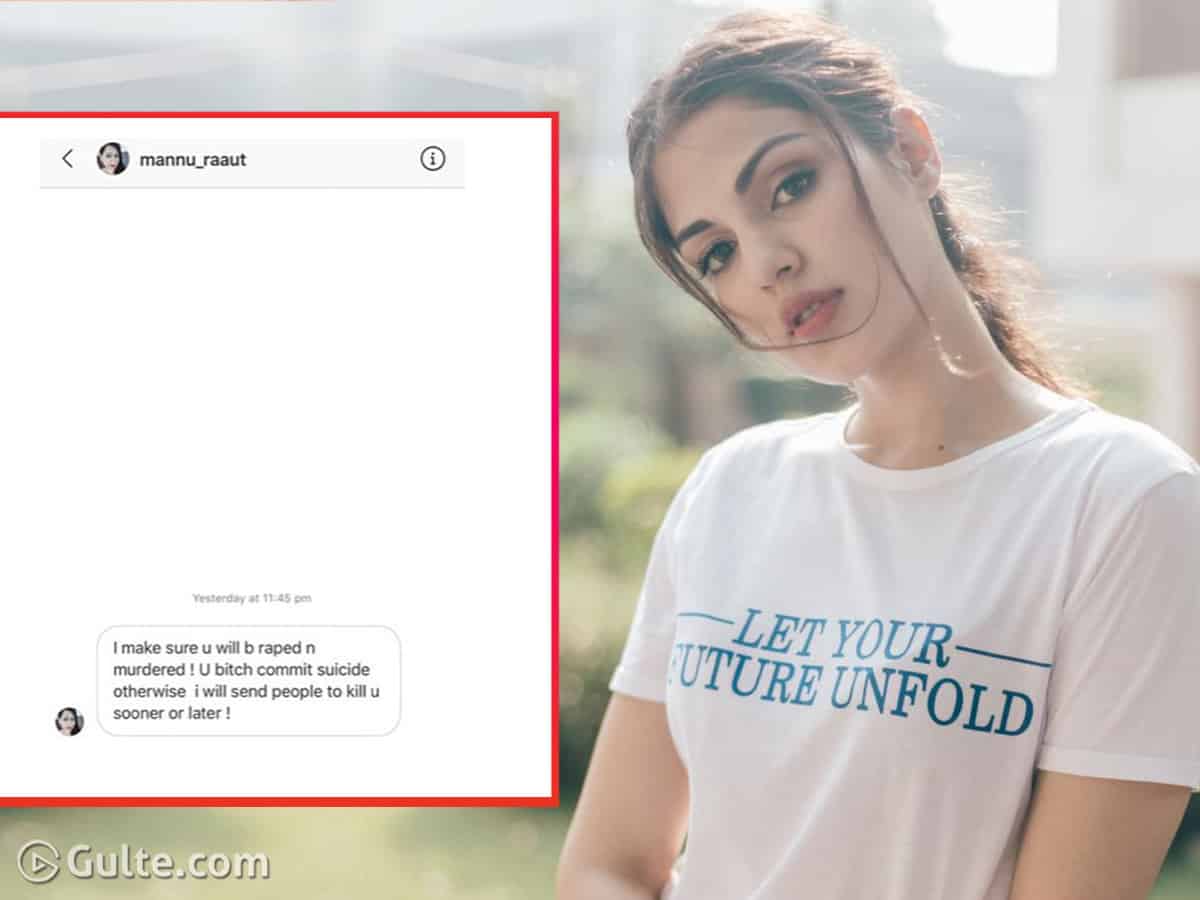 “How does my silence give you the right to tell me that you will get me RAPED and MURDERED if I don’t commit suicide?” asked heroine Rhea Chakraborthy as she responded on a rape and murder threat sent by one of Sushant Rajput’s fans on her Instagram page.

Ever since Sushant committed suicide, trollers have taken a sharp dig not only at the nepotism gang but also they have aimed guns at Sushant’s ex GFs and present beau as well. While they have trolled Ankita Lokhande and Kriti Sanon for dumping the actor, some of them targeted his current GF Rhea for abetting him to kill himself. Sharing one such screenshot, where a user wrote, “You bitch, commit suicide, otherwise, I will send people to rape and murder you”, Rhea expressed her anguish.

Stating that she kept silent when people called her a gold digger and murderer, and also when they slut-shamed her, the actress felt “Enough is enough” and complained about such Instagram handles to Cyber Crime Police now. “Do you realize the seriousness of what you have said? These are crimes, and by law no one, I repeat NO ONE should be subjected to this kind of toxicity and harassment” she asked that particular netizen who issued the threat.

30 days after the death fo Sushanth, Rhea took to Instagram recently to pen an emotional post about him.