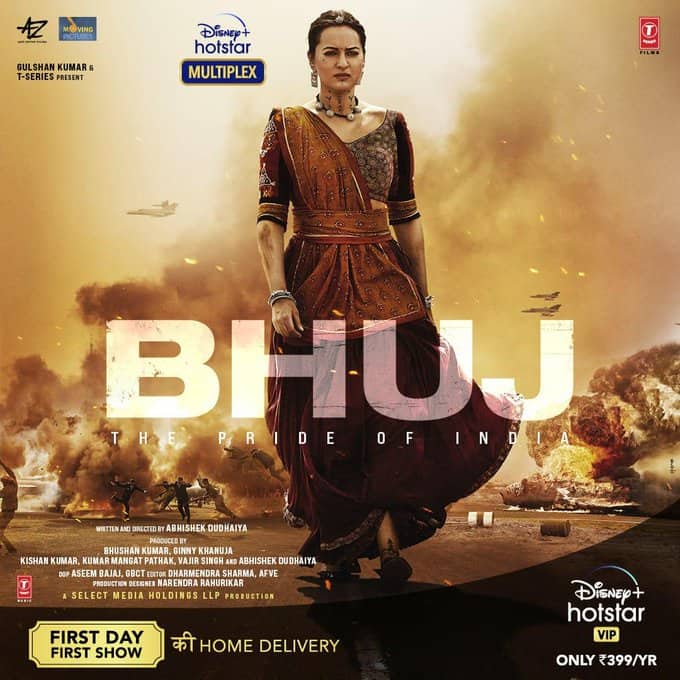 Dabanng beauty Sonakshi Sinha was in headlines sometime back for unavoidable reasons. She is back again but thankfully for some good reasons and it is all about her latest film. Titled ‘Bhuj: The Pride of India’ the first look of Sonakshi was unveiled by Bollywood hero Ajay Devgn who is also playing a lead role.

This is an action-war drama and Sonakshi is playing the role of Sunderben Jetha Madharparya, the brave social worker who took 299 women along with her to support the Indian Army during the Indo-Pakistani War of 1971.

Written and directed by Abhishek Dudhaiya, ‘Bhuj’ also stars Sanjay Dutt, Sharad Kelkar and our Telug beauty Pranitha Subhash is stepping into Bollywood with this flick.

The film is going to have a digital release and Disney+HotStar has acquired the rights.