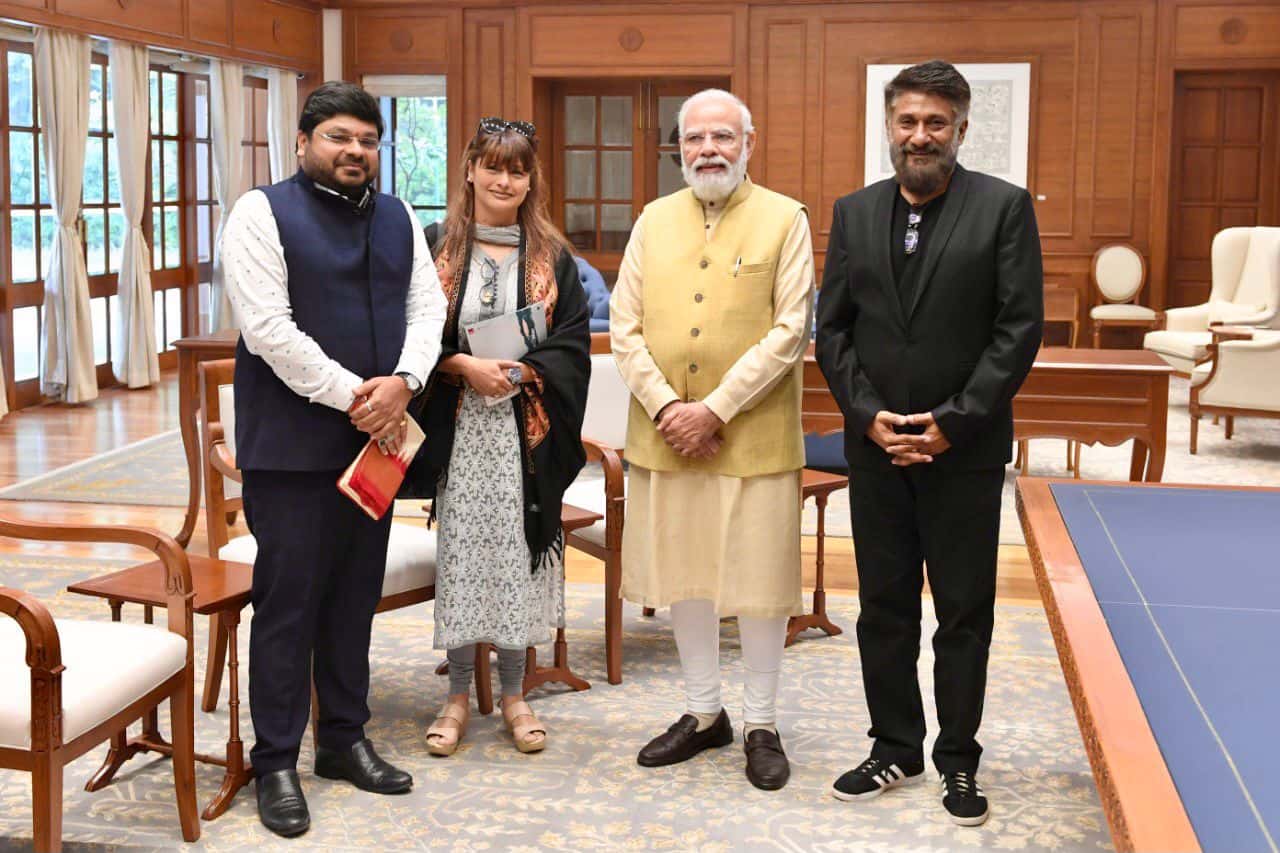 Telugu producer Abhishek Agarwal’s maiden Bollywood production venture The Kashmir Files has won accolades of critics and audience alike. The movie directed by Vivek Agnihotri mostly received over 4 ratings out of 5 from most of the reviewers and it has been exceptional at ticket window as well.

The team is already over the moon with the kind of response from everywhere. In the meantime, Prime Minister Narendra Modi appreciated director Vivek Agnihotri and producer Abhishek Agarwal for coming up with a true story in a most touching manner.

This is a great accomplishment for the team, given they got the appreciation from none other than our honourable Prime Minister. Pallavi Josh accompanied the director and producer to visit Modi. Abhishek Agarwal also felicitated Modi for all the encouragement.