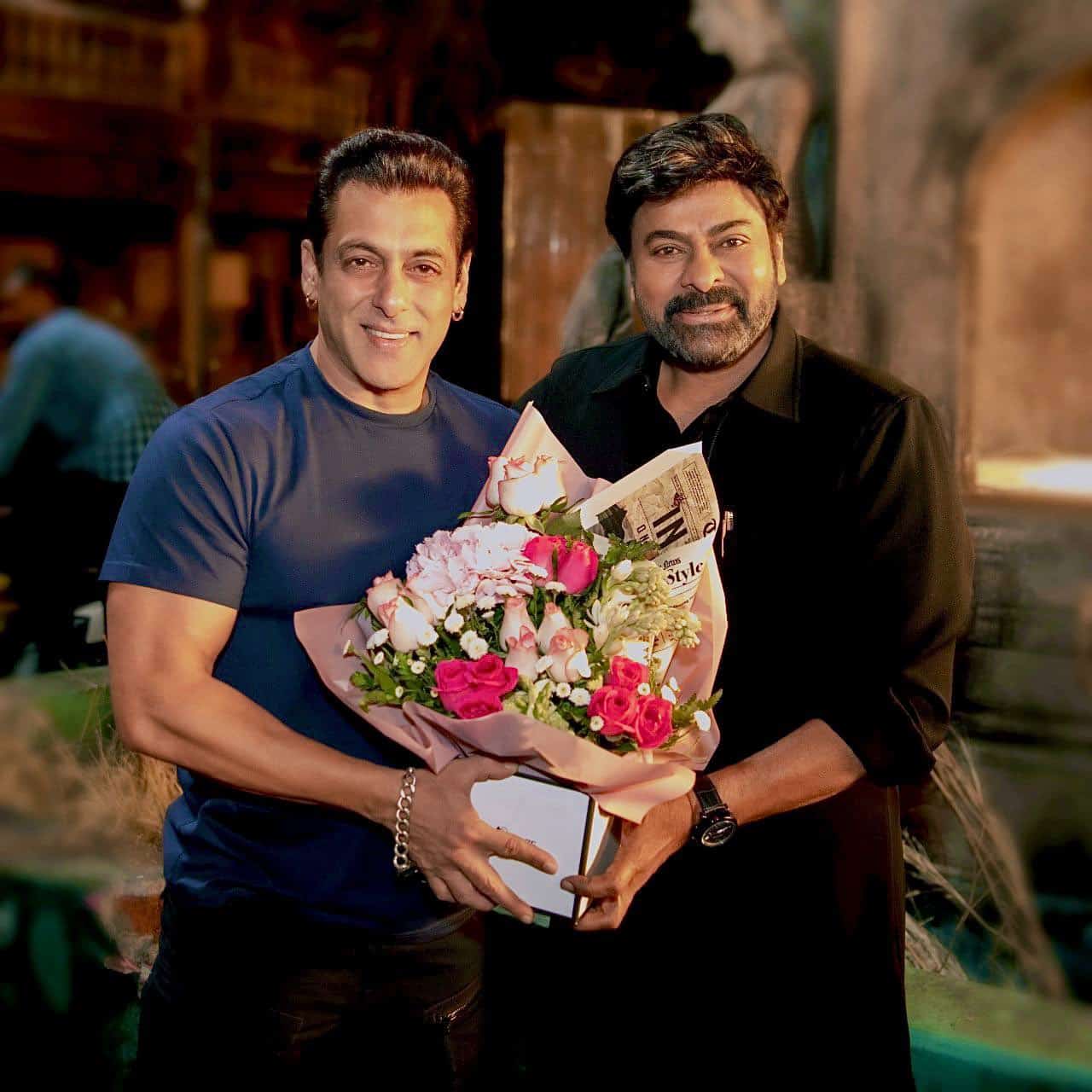 As we know, Bollywood superstar Salman Khan is playing a crucial cameo in Megastar Chiranjeevi-starrer Godfather. The former also has commenced shooting for the film directed by Mohan Raja. The team is currently filming important sequences in the combination of the duo in a specially erected set at ND Studios, Karjat, Mumbai. This schedule will continue for a little over a week.

Meanwhile, Chiru shared a happy picture with Salman from sets. The Megastar welcomed Superstar onboard and wrote that Sallu’s energy added excitement around. “Welcome aboard #Godfather, Bhai@BeingSalmanKhan! Your entry has energized everyone & the excitement has gone to next level. Sharing screen with you is an absolute joy. Your presence will no doubt give that magical #KICK to the audience,” tweeted Chiru

The picture shows Chiru in a handsome look, clad in all-black kurta and Sallu in a casual Tee. The former also presented a welcome bouquet to the latter. Meanwhile, it is reported that the makers are also planning to rope in pop singer Britney Spears in a special song. In all likelihood, she will be shaking a leg with Salman in the film.

Godfather is an official adaptation of the Mohanlal-starring Malayalam political thriller Lucifer. The film shows Chiru as a powerful politician, while Nayanthara plays his sister. Salman will reportedly be stepping into the shoes of Prithviraj Sukumaran. Produced by Konidela Production Company in association with Super Good Films, Godfather has music by S Thaman.