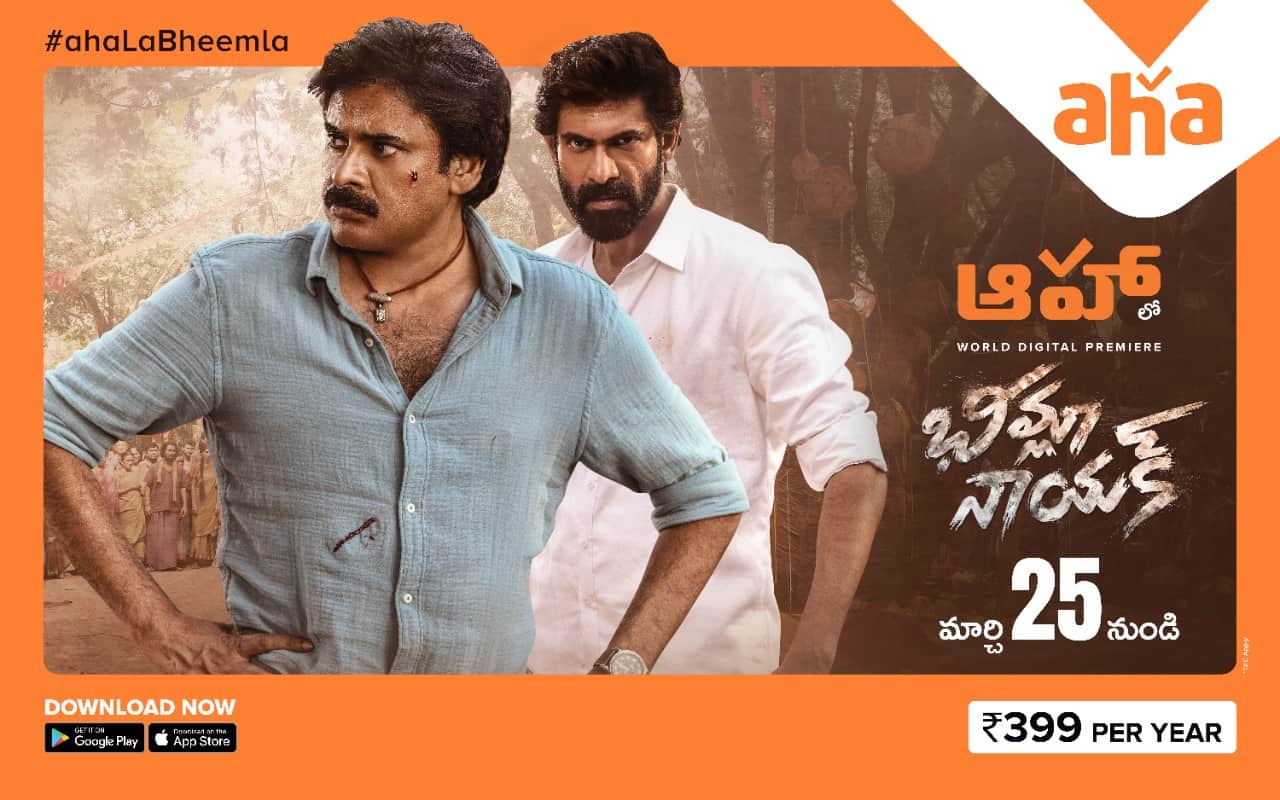 The film, is the first biggest hit of Telugu Film Industry in 2022, earned the love of audiences and critics alike. In a motion poster reviled at 12 am yesterday, aha reviled this information on their social media.

As a part of announcement aha came up with a jingle called ” La La aha La Bheemla ” which is very catchy as it goes well with the main title track of the movie. They used it with a motion poster that said #ahaLaBheemla from March 25. aha also launched their special trailer with Pawan Kalyan fans at aha HQ and this created huge buzz on social media.

Lock the date to witness the exuberant battle between ego and self respect with Bheemla Nayak on aha from March 25.