Godfather: Boss With Bhai On Sets 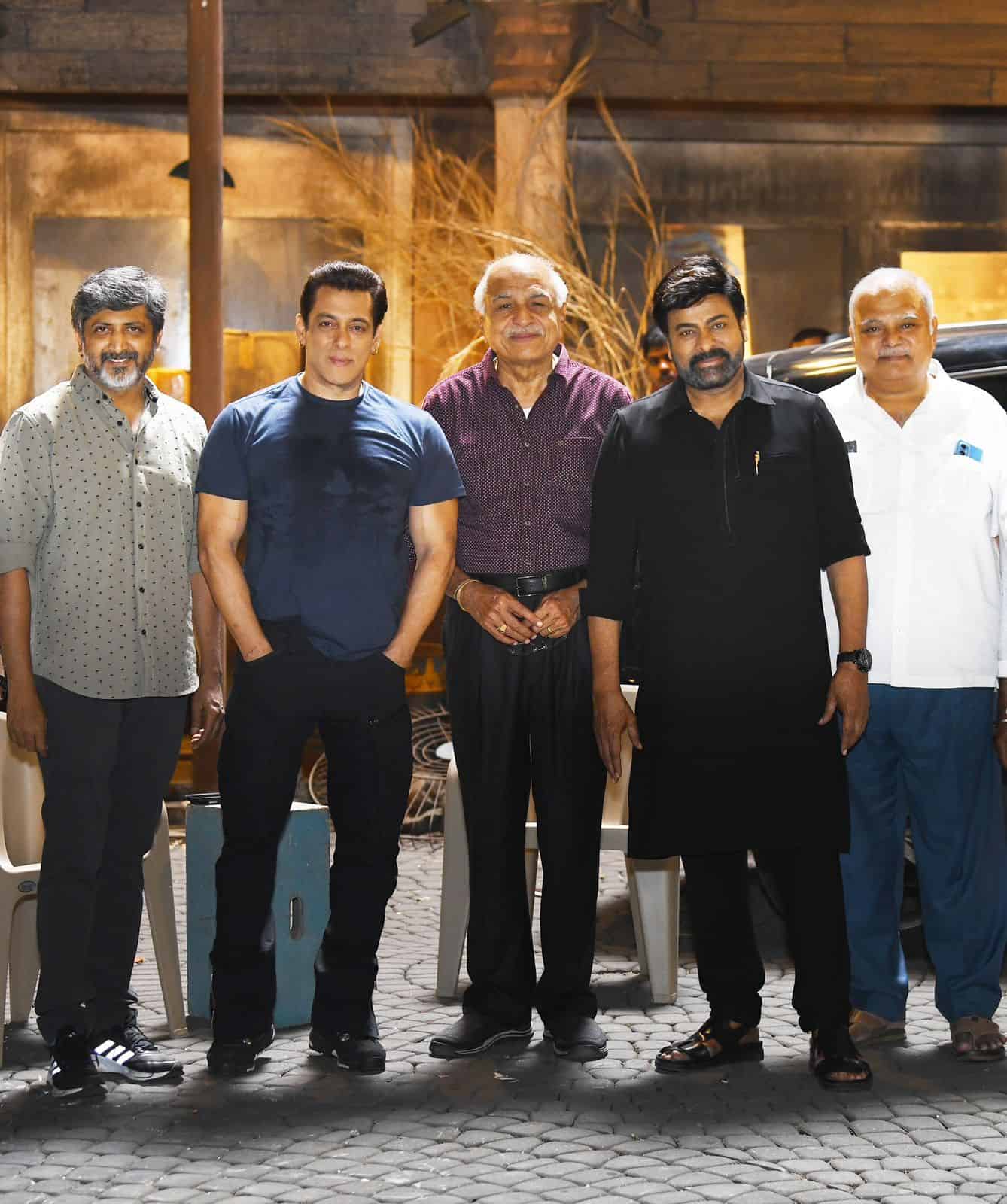 Earlier last week, Chiranjeevi and Salman Khan’s first picture together from the sets of Godfather left fans in a frenzy. The Megastar of Tollywood and the Superstar of Bollywood will be sharing screen space in the highly-anticipated film Godfather. Salman was welcomed officially last week and ever since then, social media has been abuzz about the movie.

Today, another picture of the duo from the sets have surfaced on Twitter, featuring Chiru and Sallu posing with the director and producers. The shoot is currently taking place at ND Studios in Karjat. The picture shows Chiru in a black kurta, a signature look of Godfather and Sallu in a casual Tee, standing alongside director Mohan Raja, producer NV Prasad, and RB Choudhry.

Fans are going gaga over this pic and have put their expectations sky high about the film. As we reported earlier, Salman has not charged a single penny for his appearance in Godfather and okayed the role only for the respect he has for Chiru. Godfather is an intense political drama, which is the official Telugu remake of the Malayalam film Lucifer.

Directed by Mohan Raja, the film is bankrolled by Konidela Production Company and Super Good Films. Nayanthara is the leading lady and Satyadev Kancharana will be seen in a pivotal role. Music is composed by SS Thaman.