‘I’ll Be The Hero Of My Biopic’ 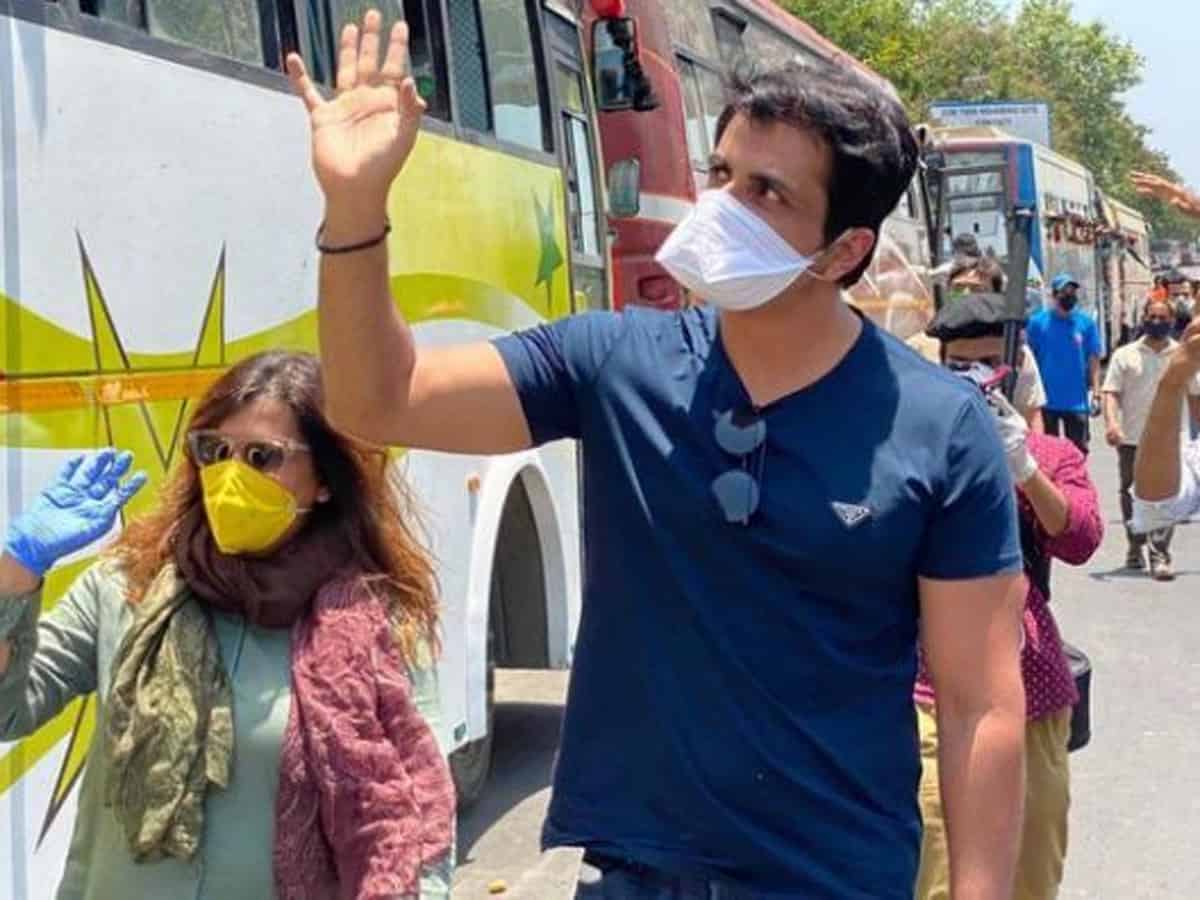 Bollywood actor Sonu Sood has proved to be a real hero as he went out of his way to help the migrants and poor in critical Covid times. The actor received applause from various corners.

Film fraternity, politicians and even governments were all praise for Sonu Sood and his social works. After arranging buses to migrant workers and ensuring that they reach their hometowns safely during lockdown period, Sonu Sood has recently donated 25,000 face shields to Mumbai police personnel and hailed them as the ‘real heroes’. Now these philanthropic works of Sonu Sood have caught the nation’s attention.

The Dookudu actor, whose roots are in Punjab, said his experiences during nationwide lockdown due to Covid pandemic has changed his life and he had announced that he would pen down a book about his experiences.

Meanwhile, some Bollywood filmmakers are trying to bring out the biopic of Sonu Sood. Responding to these, Sood said these were too early. He however said that if a biopic of him is really made, he said he himself would like to portray on screen.

Sood said no one knows better about him than he himself. He said he himself would portray well in his biopic. What will be the first? Will his book come out first or the biopic? Let’s wait and see!