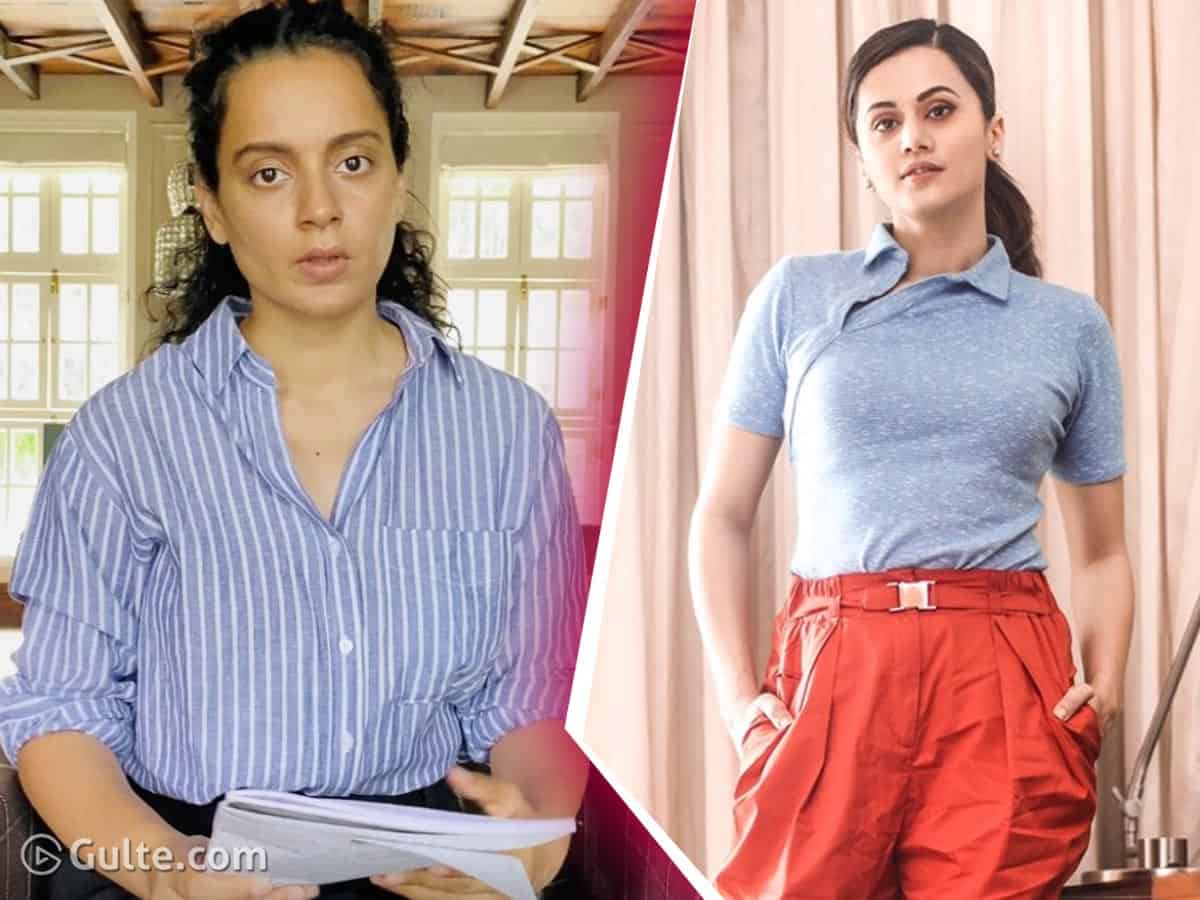 From the last couple of weeks, heroine Kangana Ranaut is busy taking advantage of Sushanth Singh Rajput’s suicide as she wants the likes of Karan Johar to be implicated and interrogated regarding the former’s death. In that process, Kangana made some shocking comments on Taapsee Pannu and Swara Bhaskar, calling them as B-grade actresses who has no guts to raise voice against nepotism.

“Taapsee Pannu and Swara Bhaskar are better-looking girls than Alia Bhatt and Ananya Panday, but still they are b-grade actresses because of nepotism only. They are needy actors who don’t have projects in hand and their existence is proof of nepotism” said Kangana, in the interview. Reacting strongly on the comments, Taapsee says, “I won’t take advantage of someone’s death and leverage cheap allegations as well as hatred on anyone”.

Responding on the comments made by Kangana that she is B-grade actress with no work, Taapsee clarifies, “I’m doing almost 3-4 films in the last 5 years and recently announced my upcoming 5 films. None of these films are produced by so called Karan Johar or anyone stated by Kangana. As I’m not supporting Kangana to spew venom on Karan, she thinks that I’m Karan’s puppet. But then, I’ve neither friendship nor hatred with Karan”.

Saying the above, she blasted Kangana for making use of someone’s death to get unwanted publicity. “I want to have lots of positivity in my life than negative thoughts. If Kangana has a right to have her opinion, I have a right to mine” Taapsee articulated.