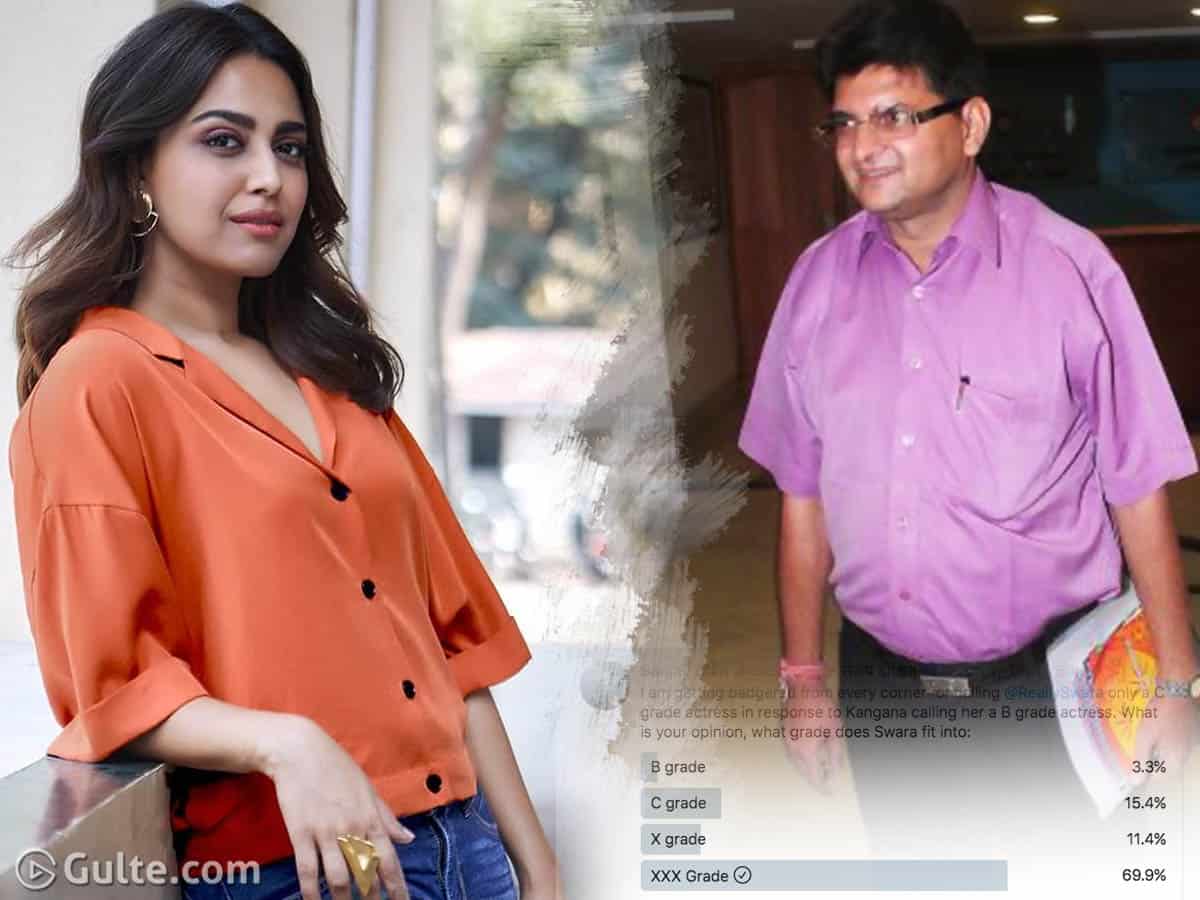 Bollywood starlet Kangana Ranaut’s comments that Taapsee Pannu and Swara Bhaskar are B-grade actresses as they don’t raise their voice against Karan Johar have gone viral. Reacting on these comments, there are positive and negative repercussions to that.

Reacting on the same, Swara tweeted to IAS Officers Association of India to take care of Sanjay Dixit. “Dear IAS Association, do your officers not have enough work? This creepy old uncle ji seems to be totally jobless and a little obsessed with me! Pls offer him some counselling sessions. Since he seems unfit to be an officer of the Indian bureaucracy” she tweeted.

Though many have blasted Swara again saying that she deserves to get such comments, the fact is that Civil Servants shouldn’t have biased political and misogynist opinions on others, as they are here to serve everyone equally.