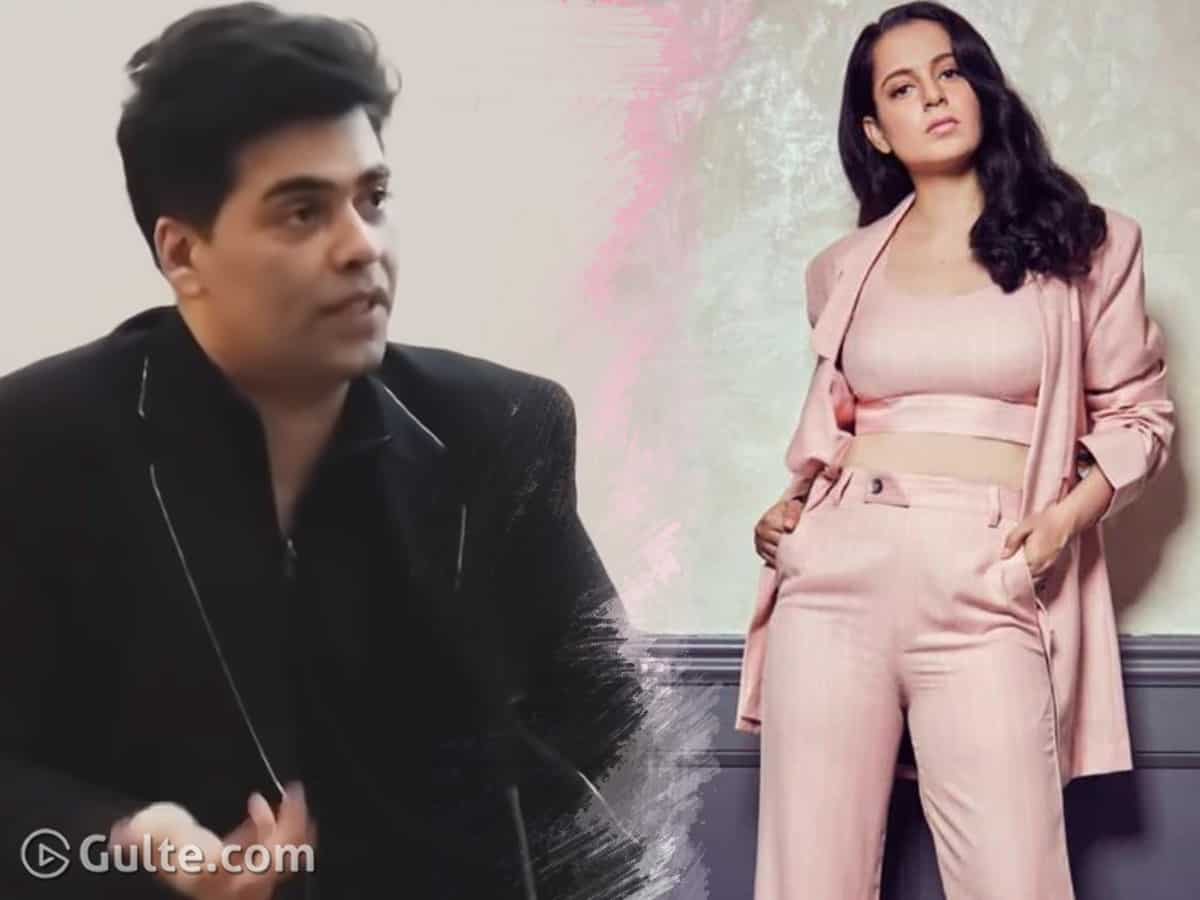 After pinpointing him on his own talk show, actress Kangana Ranaut has used all the available chances to mock producer-director Karan Johar, as she accuses that he is the torchbearer of nepotism in Bollywood. And whenever Kangana speaks about it, a gang trolls Kangana and another gang hits out at Karan.

Recently Kangana stated that Karan Johar has tried to insult a woman in particular and referred to his 2017 comment made at an interview during the London School of Economics meet. Back then, Karan stated that Kangana is trying to play the woman card and then the victim card all the time. “I’m done with Kangana playing this victim card” he said. While the video got trended in 2017 big time, it started trending again now.

As Kangana mocked Karan again for that comment during her other day interview with Arnab Goswami, this video has seen the light once again. Though Karan has stood by his stand many times, Kangana once again mocked that there are many talented ladies than Alia Bhatt and Ananya Panday, and these two are able to survive only because of nepotism.