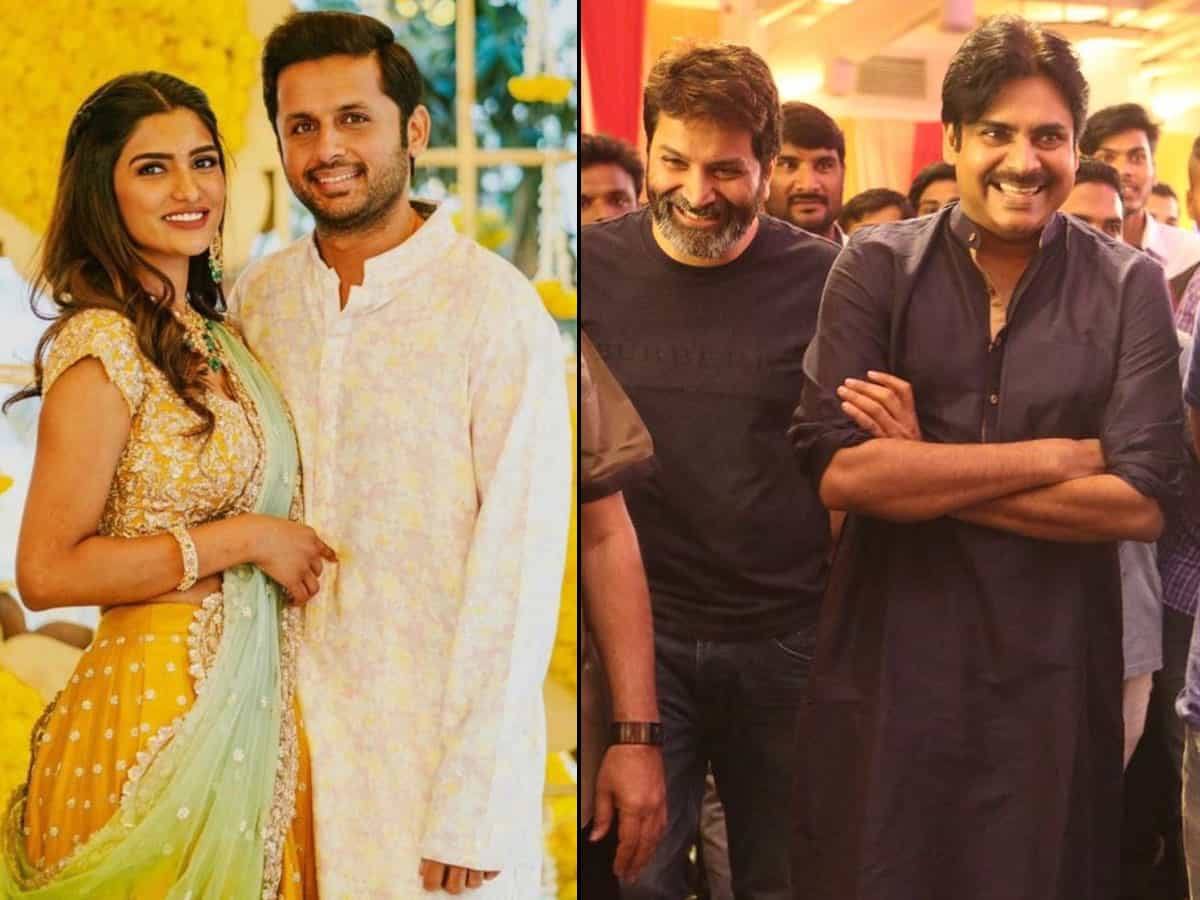 Pawan Kalyan is going to attend his all-time die-hard fan and actor Nithiin’s wedding on July 26th at Falaknuma palace. Nithiin has personally invited Pawan to his marriage and Pawan has agreed to attend the low-key-affair wedding which will see the attendance of very close friends and families of the couple.

Meanwhile, Trivikram Srinivas has also been invited. Given that Trivikram and Nithiin share a great bond and the duo had worked together for A..Aa, the Wizard of Words too has confirmed his presence for his wedding. It can also be noted that Pawan Kalyan and Trivikram have co-produced Nithiin’s Chal Mohan Ranga.

Nithiin’s BFF in the tinsel town Varun Tej is another guest from the film industry who will be attending the wedding of Nithiin and Shalini Kandukuri. From the political fraternity, Nithiin has invited CM KCR and IT minister KT Ramarao for the wedding.