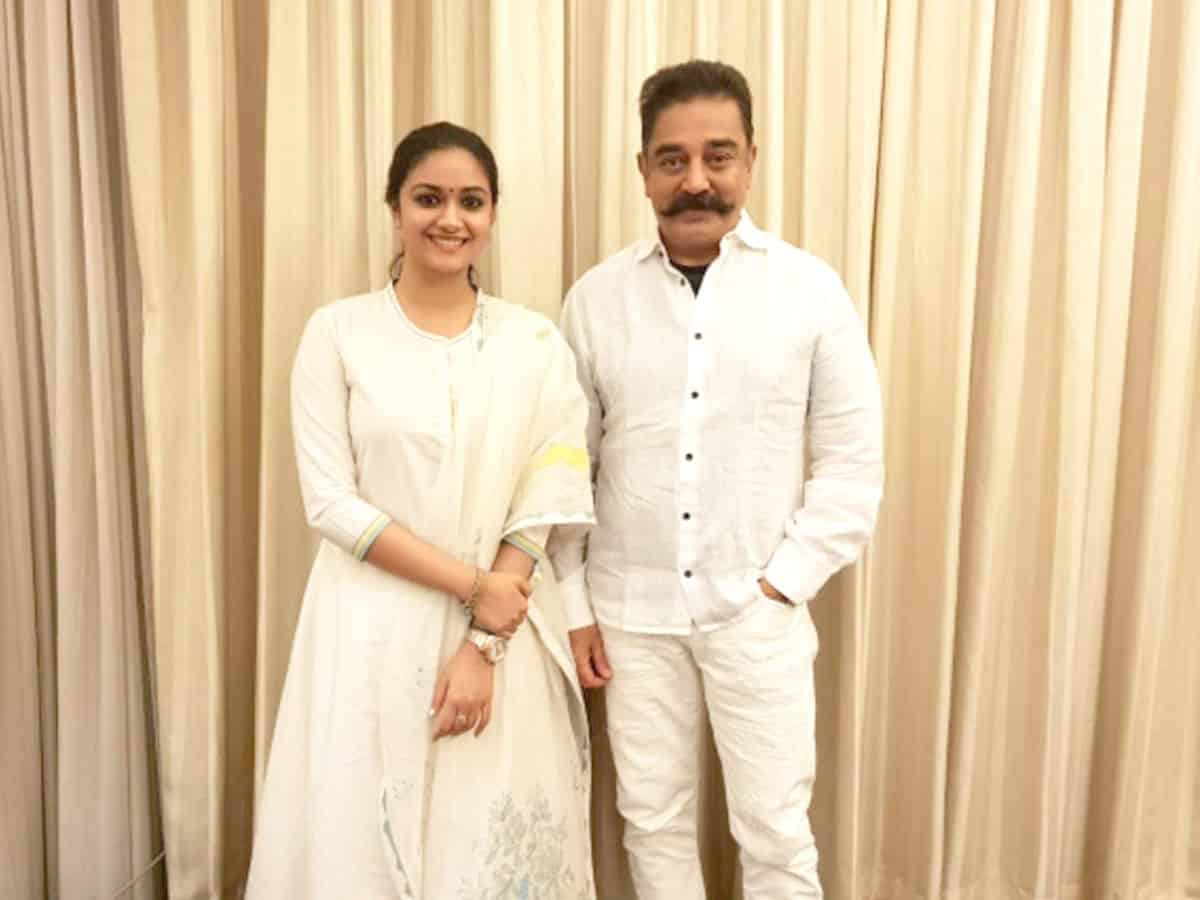 Keerthy Suresh’s recent film Penguin, which released on Amazon Prime Video in three languages opened to mixed reviews but audiences were all praises for the actress’s performance.

The actress’s name has made headlines once again on Tuesday after her name made rounds on social media as reports claim the actress is going to team up with Kamal Haasan.

Well, Kamal Haasan and Gautham Vasudev Menon’s Vettaiyadu Vilayadu, which released as Raghavan in Telugu is said to be having a sequel now. Recently there are reports that Keerthy Suresh will be reportedly playing a main role in the film, and she will be sharing screen space with Kamal Haasan for the first time. But Keerthy Suresh’s team had denied the report saying they haven’t even received a phone call regarding such a project.

This means that the actress has no idea about the project and without her knowledge, her name is included in the reports.