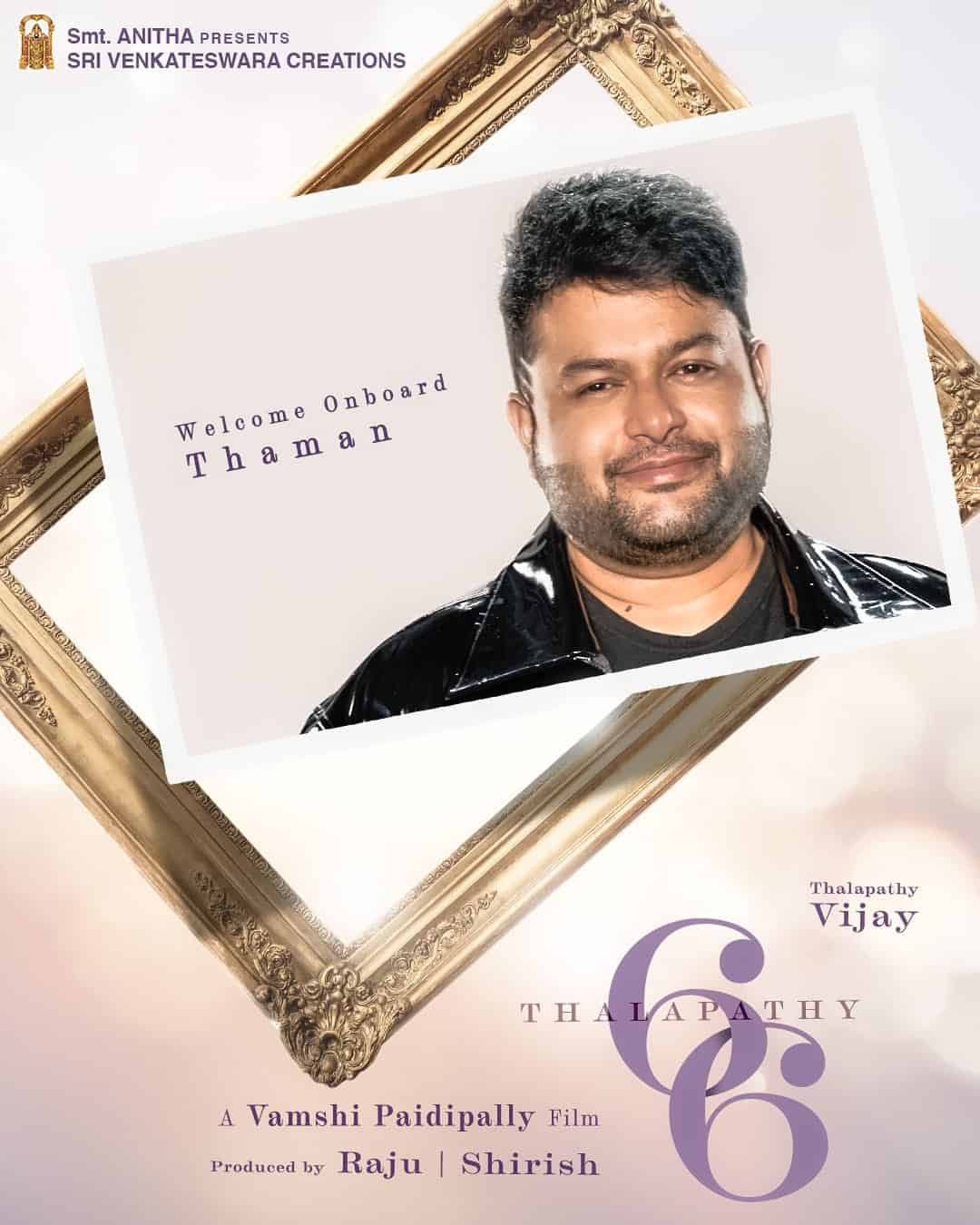 Guess who is busy as a bee these days? Thaman, who took the industry by storm in the last couple of years, has got his hands full with more than ten South Indian films. The hardworking composer already has some big movies such as Godfather, Sarkaru Vari Paata, RC15, NTR30, NBK107 and many more.

Thaman has been officially been roped in for Thalapathy Vijay’s maiden Telugu movie, directed by Vamshi Paidipally. The makers have announced the same on their official Twitter handle. With this, the composer gets one more big-budget film, proving that his genuine work is a musical tour de force.

The pressure is also equally high for Thaman as the music plays a pivotal role in creating the first impression of a movie. Moreover, fans are looking forward to something new and Thalapathy Vijay’s movie is definitely a big task for Thaman. Meanwhile, he is also very busy with the first season of Telugu Indian Idol.

Talking about the film, Dil Raju and Shirish who were production partners of Maharshi will be producing the new film as well on Sri Venkateswara Creations. The makers have also unveiled that Rashmika Mandanna will be the female lead.