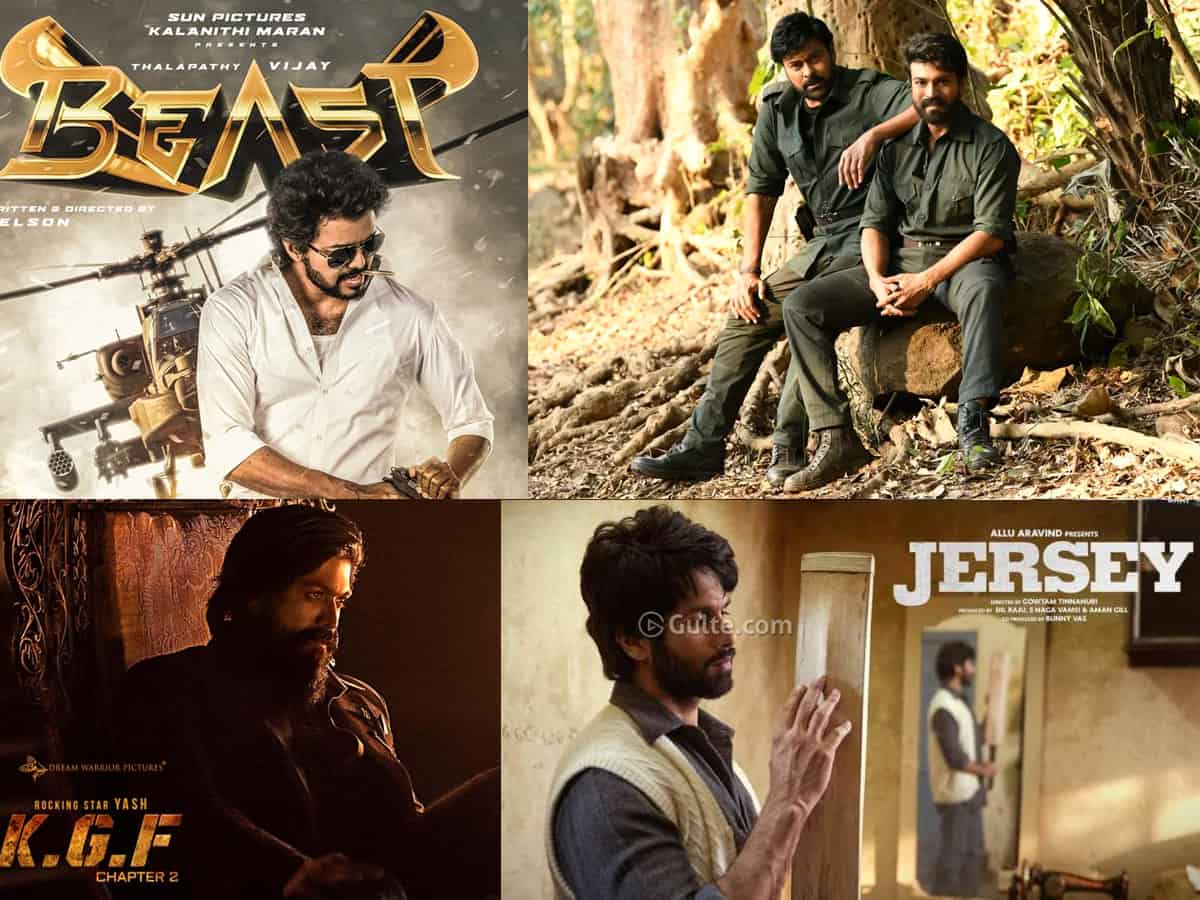 Thalapathy Vijay’s Beast is going to be the first release among these films. Directed by Nelson, this action thriller is coming up with huge expectations baggage. Already, the songs and trailer became a hit. It will have a pan-India release on April 13. Apparently, the makers had spent more than 100 crores on this film.

The very next day, KGF Chapter: 2 will hit the screens. This will also have a pan-India release. There is huge anticipation around this movie due to the massive success of its predecessor KGF Chapter: 1. It is heard that KGF 2 was made with a budget of more than Rs. 200 crores.

On the very same day (April 14), Hindi biggie Jersey is also going to hit the screens. This is an official remake of the 2019 Telugu film of the same name. Shahid Kapoor plays the lead role in it. Jersey is carrying a good pre-release buzz in Bollywood circles. Trade pundits are expecting it to do well at the box office and collect more than Rs. 100 crores.

After the clash of these three biggies, we will witness Megastar Chiranjeevi’s Acharya on April 29. There are many expectations on this film as well because it is directed by star filmmaker Koratala Siva and features Ram Charan in a key role. It is reported that Acharya is made with a budget of more than Rs. 100 crores.

All these films will witness huge openings for sure and we have to see how many of them will manage to become successful at the box office.