RRR: Ram Charan Denies To Take All The Credits 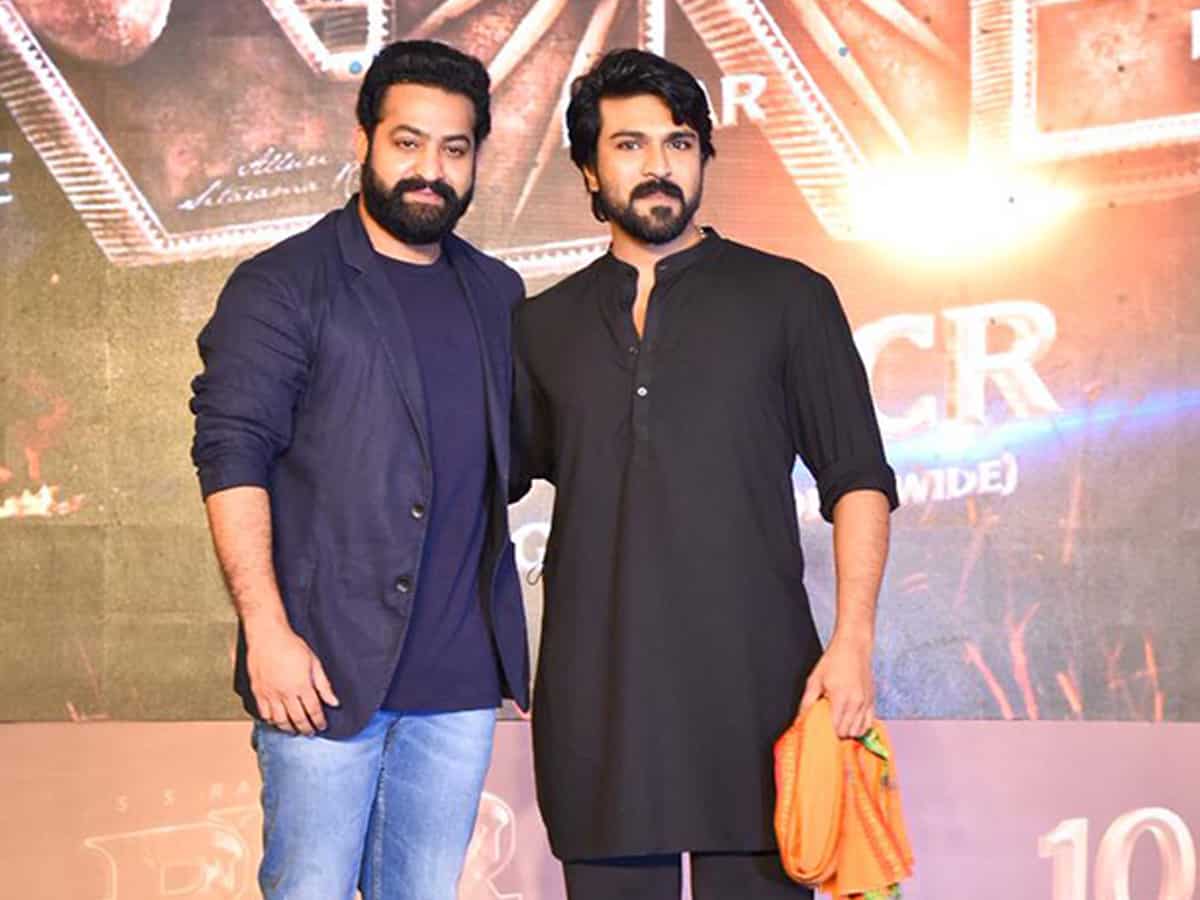 Not stopping with the kind of buzz they have created post the release of RRR through various parties and crazy stuff, the makers of this magnum opus have other day hosted a success party in Mumbai too. Guess what, Bollywood media rushed to this event to make sure that they get some crazy answers from Superstars including Rajmouli, Ram Charan and Jr NTR.

When a journalist pointed out that Ram Charan is walking away with the accolades for his terrific performance in the movie, the Mega hero refused to take that praise and grab that credit. He’s quick to deny it, saying, “No ma’am! I don’t believe in that. We both have excelled equally in the film and Tarak was fantastic if I’ve to say as I couldn’t take my eyes off him while watching RRR”.

This answer from Charan has stunned many and they are wondering why would Charan take credit for his good work. Frankly speaking, the efforts poured by both Tarak and Charan are equal, while the former looked pretty natural in his role, the latter excelled with his serious performance. But with the character arc of Ram taking huge turns towards the end and Bheem remaining the same, it’s a general feeling that Ram Charan has done a bit well.

In the end, the thought of a Mega and Nandamuri hero uniting for a movie succeeded big time if we look at the numbers being posted by #RRR.