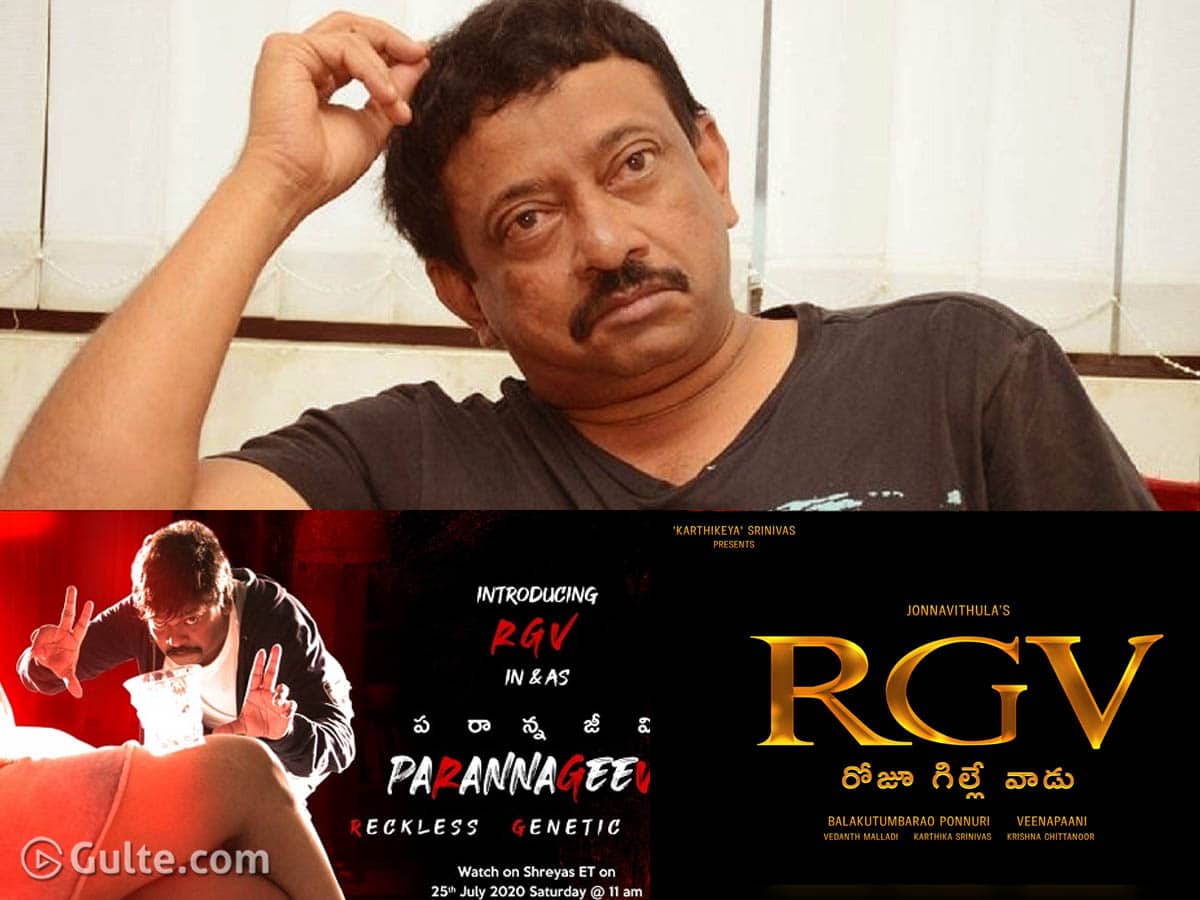 Not anyone should call him a parasite, but he himself declared that he grabs every single opportunity to create a sensation. He openly declares his love for vodka, thighs and Sridevi. And he makes a mockery of birthdays, relationships and big stars. But now, director Ram Gopal Varma got a gift to extend his already waned career.

While the film Powerstar got all the attention due to the craze Pawan Kalyan is having in real life, definitely, Varma will not get an iota of respect or fad regarding the same. But then, few fans who have got hurt badly announced their films and web series on RGV in no time. While Nutan Naidu is carving Parannageevi with Shakalaka Shankar in the lead, others are carving stuff like Varma’s biopic RGV – Roju Gille Vaadu, DeRaw Baba and Once Upon A Time In Tollywood – Flop Director.

Guess what, even Varma’s fans will not be watching all these movies as everyone knows what will be inside. At the same time, others might not watch because Varma is no Pawan Kalyan for the audience to have that curiosity. And neutral viewers might not even touch because they are the ones who haven’t watched NTR Biopic in the least.

But then, these films will be making some noise here and there, and it will help only Ram Gopal Varma to keep his name alive. Definitely they will extend the life of this fading director in film industry.