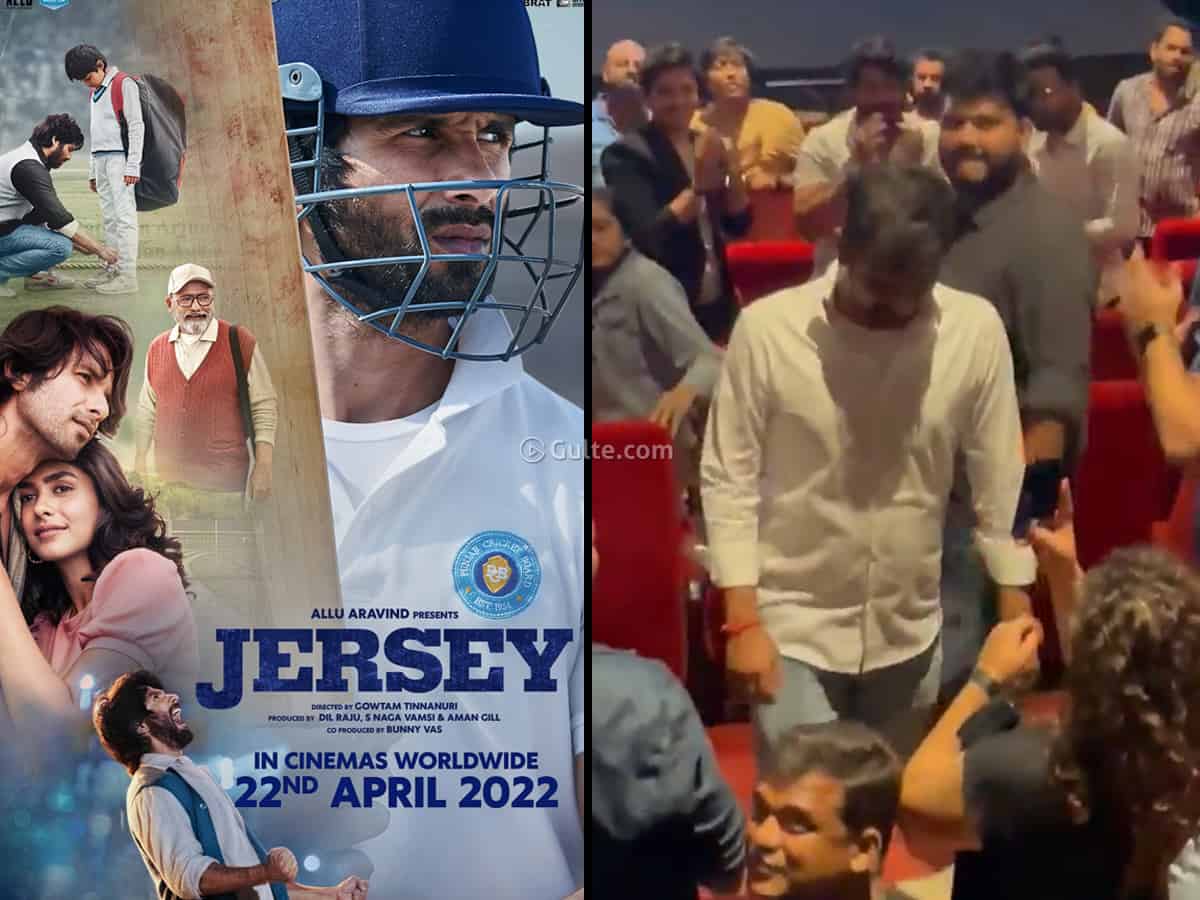 Jersey is one of the super hit films in Nani’s career. Gautham Tinnanuri is the film’s director. The film even grabbed a National Award and caught everyone’s attention. Shahid Kapoor remade the film in Hindi with the same title and it was released today. Post the film’s screening this morning, the film’s director received a lot of praises.

In one of the viral videos on social media, we can see the film’s director receiving a standing ovation from the audience during one of the screenings in Mumbai.

Sharing the video on his profile, the film’s lead Shahid too praised the director. “The director. The Man. The Captain of the ship. So proud of you. You deserve all this love and more,” wrote Shahid by quoting the video.

Shahid Kapoor will be seen playing a cricketer in the film. Mrunal Thakur played his wife in the film. After multiple postponements, the film was released today and has opened to a hit talk from the Bollywood audience.