Chiru- Chirutha, Who Imitated Whom? 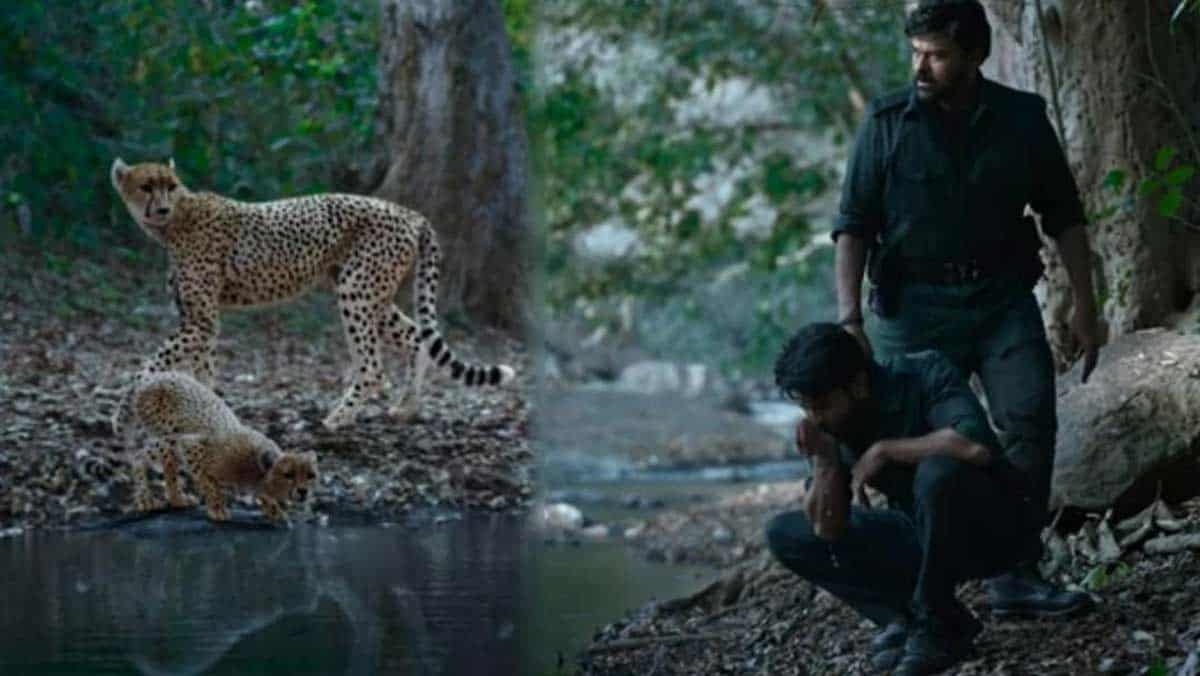 Within a day we are going to witness the mega juggernaut on the silver screen as “Acharya” is getting ready to hit the marquee tomorrow (29th April). And many mega fans are eagerly waiting to see the song featuring Megastar Chiru and Ram Charan, especially for that montage shot where they appeared together with a Cheetah.

While many thought that the animals were generated in Computer Graphics, other day none other than Megastar Chiru has revealed that they were real animals that were brought to the set. And that brings us to the next question, how come both the mother Cheetah and Chiranjeevi are walking in a similar fashion?

Talking about the same, Chiranjeevi stated, “Actually it took some time for us to set up the scene and to get Cheetah there. During the shot, I’ve noticed that the Cheetah is walking in a particular style and I’ve simply imitated it”. During his interaction with Harish Shankar, Chiranjeevi revealed these things and the director made fun, saying that maybe the Chirutha has imitated Chiranjeevi.

“No, they won’t learn from us; We have to mimic them. And it came out pretty well” added Chiranjeevi, indicating how much he actually observes the surroundings to get involved in the character. Of course, that’s what makes him legendary, isn’t it?