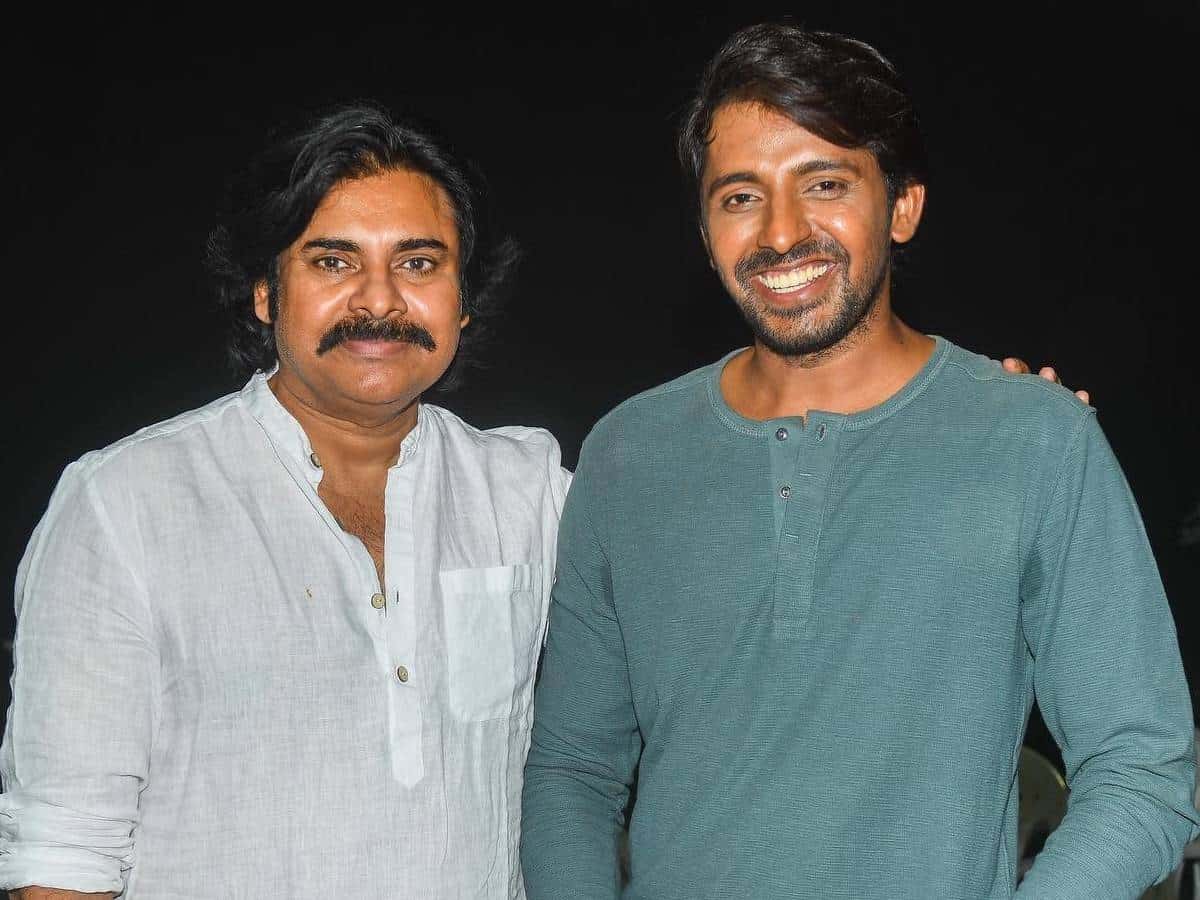 Tollywood actor Priyadarshi shared his fanboy moment on social media and expressed his excitement to his fans. The actor met his childhood idol Pawan Kalyan on the sets of his upcoming film. He shared a couple of pictures on Twitter and penned an emotional note. One can see Priyadarshi is standing beside PK with a big smile as the latter is giving an autograph.

Sharing a picture with the Power Star, Priyadarshi wrote, “I went to the Saradhi studios like always. But today was very special and different. People around were busy and I saw the excitement in everyone’s eyes. All were talking about only one thing: Pawan Kalyan garu is coming here. That’s it, I have decided to meet the Powerstar once and tell him how much I liked his film, Johnny”.

Priyadarshi further added that his meeting with PK was only possible because of director Harish Shankar. He thanked the latter and concluded that today is the most unforgettable day of his life. The actor’s fanboy moment left several fans of PK on social media happy. Meanwhile, netizens also raised the point that Johnny has been an underrated movie all these years.

Pawan Kalyan is currently shooting for Krish’s Hari Hara Veera Mallu. It is expected to hit screens next year.