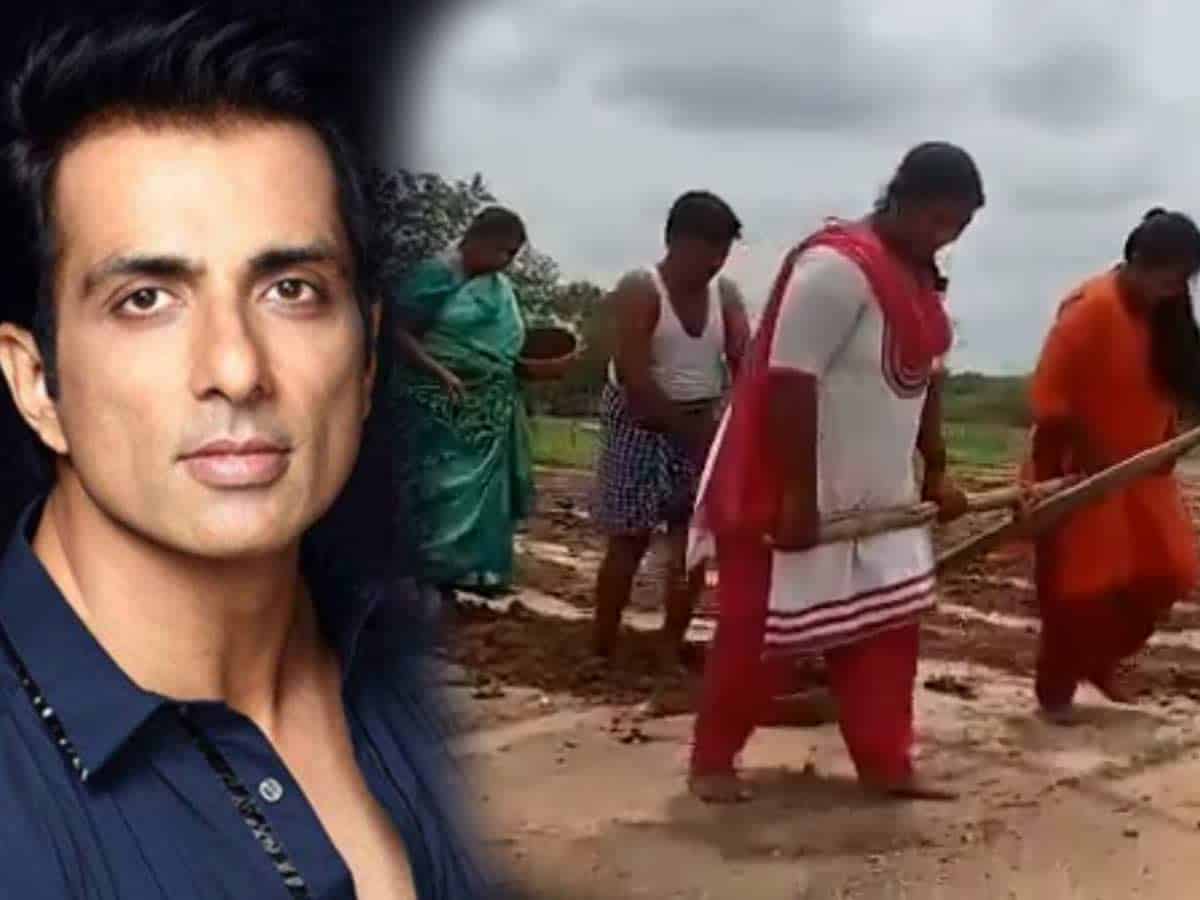 A shocking video of an Andhra Pradesh’s tomato farmer and his family ploughing their own field has gone viral. A cash-strapped poor farmer from Madanapalle in Chittoor district had no option but to plough his field with the help of his two daughters and wife. He reportedly doesn’t even have money to rent bulls as he is said to have suffered huge losses last time due to Covid.

As there is no cash in hand and Kharif season has begun, he had decided to plough the field by tying his two daughters to the cart and plough the field with their help. This heart-breaking video has gone viral online.

As the video reached Bollywood actor and philanthropist Sonu Sood, he has decided to help the poor farmer. He has decided to come to the rescue of the farmer’s family and decided to present a tractor to the family at the earliest. Sonu Sood wrote, “This family doesn’t deserve a pair of ox Ox..They deserve a Tractor. So sending you one. By evening a tractor will be ploughing your fields. Stay blessed.”

Sonu Sood’s act of benevolence is winning the hearts of people. Sonu Sood has been in the news for good reasons. After arranging buses to migrant workers and ensuring that they reach their hometowns safely during lockdown period, Sonu Sood had recently donated 25,000 face shields to Mumbai police personnel and hailed them as the ‘real heroes’. Now these philanthropic works of the Dookudu actor are garnering the nation’s attention.