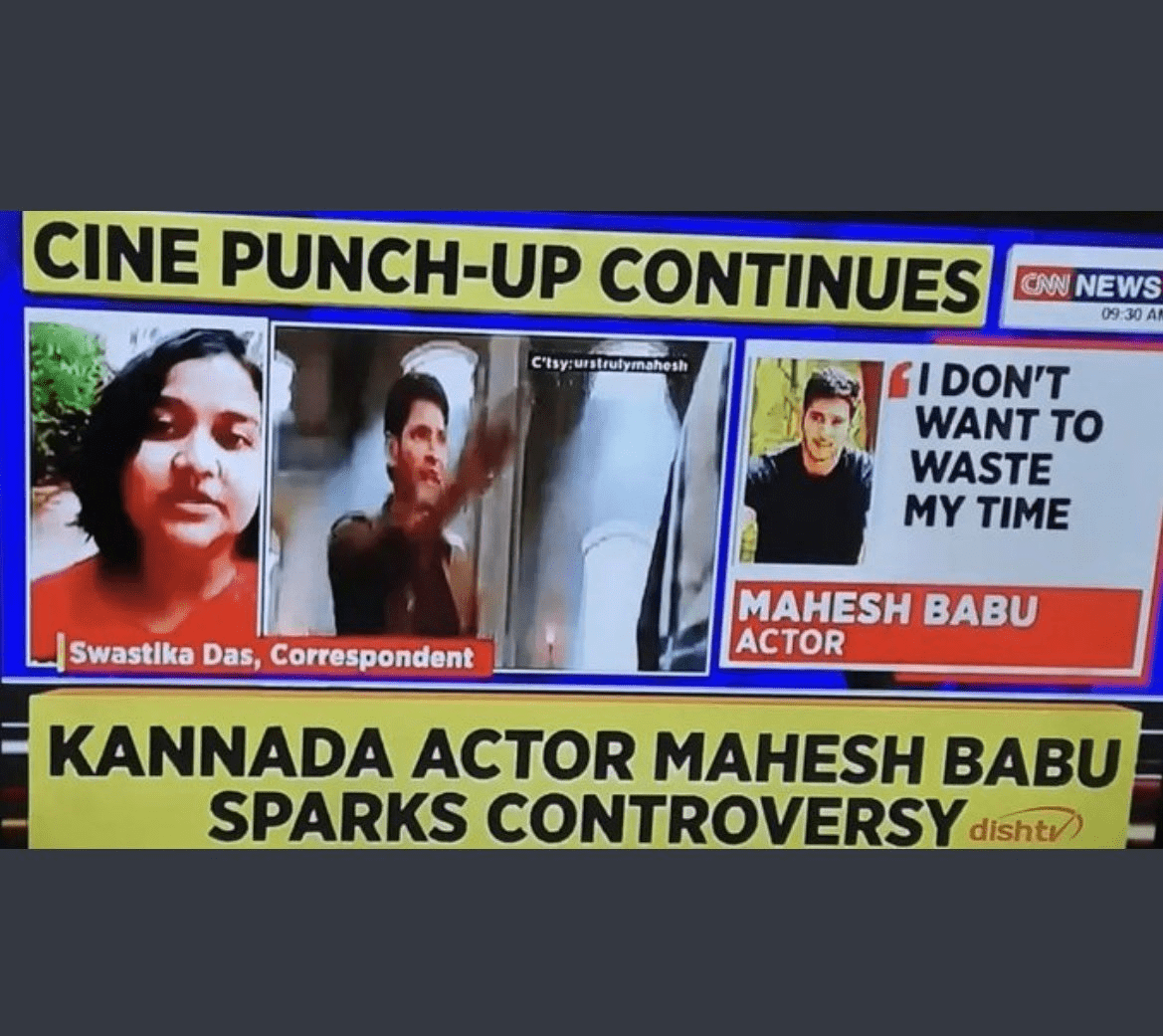 Recently, Mahesh Babu made interesting comments about entering Bollywood. When asked about his entry in Hindi, Mahesh said that he doesn’t want to do Hindi films because Bollywood cannot afford him. Later, Mahesh clarified that he meant he wants to do only Telugu films rather than juggling multiple industries.

National media also made a huge issue out of these statements. But instead of terming Mahesh as a Telugu actor, a channel called him a Kannada actor.

Netizens are now making the snapshot of this news viral on social media and trolling the news channel for its ignorance.