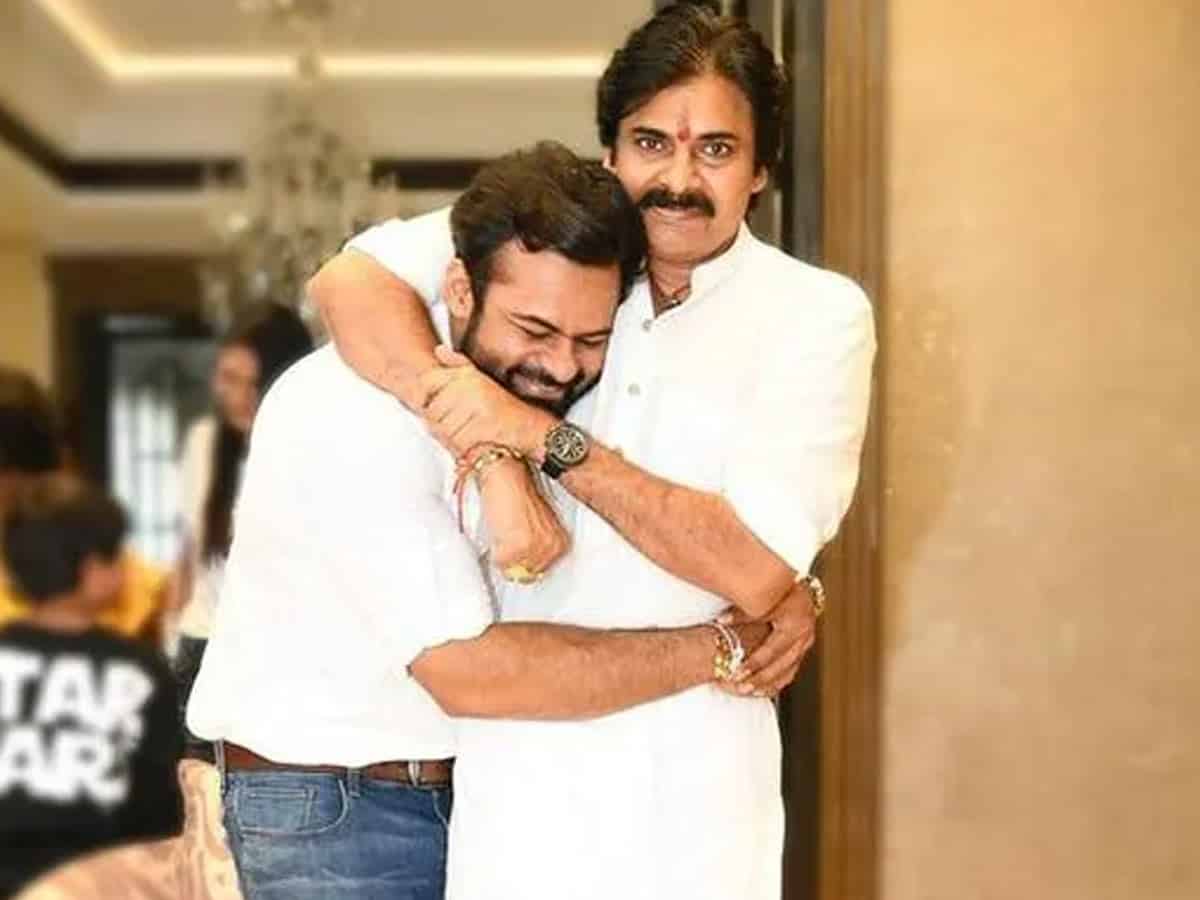 Powerstar Pawan Kalyan is wrapping his movies as quickly as possible in between his political assignments such that by 2024 elections time, he will be completely free of film commitments. And right now, PK is planning his film lineup in a way that he will wrap the easiest ones at the beginning.

Right now, Pawan is busy wrapping the shooting of his next film under Krish’s direction, Hari Hara Veera Mallu. After giving a long gap to this film’s schedules to wrap up various movies like Bheemla Nayak, Pawan has finally joined the sets and spread radiant energy as he is filming for high end visual effects shots.

Once this film is done, Pawan was actually supposed to join the sets of Harish Shankar’s Bavadeeyudu Bhagath Singh, but the actor is not picking it up.

Reports are doing rounds that Pawan will be picking up Sai Dharam Tej’s Vinodai Sitham remake, which will be directed by none other than Samuthirakani who directed the original.

The superstar is said to have allotted nearly 40 days for the film, and with Trivikram supervising the script work, surely the film will be finished as planned as Pawan gets ready to feature in a God avatar yet again. After finishing this first, PK will join Harish’s film sets.