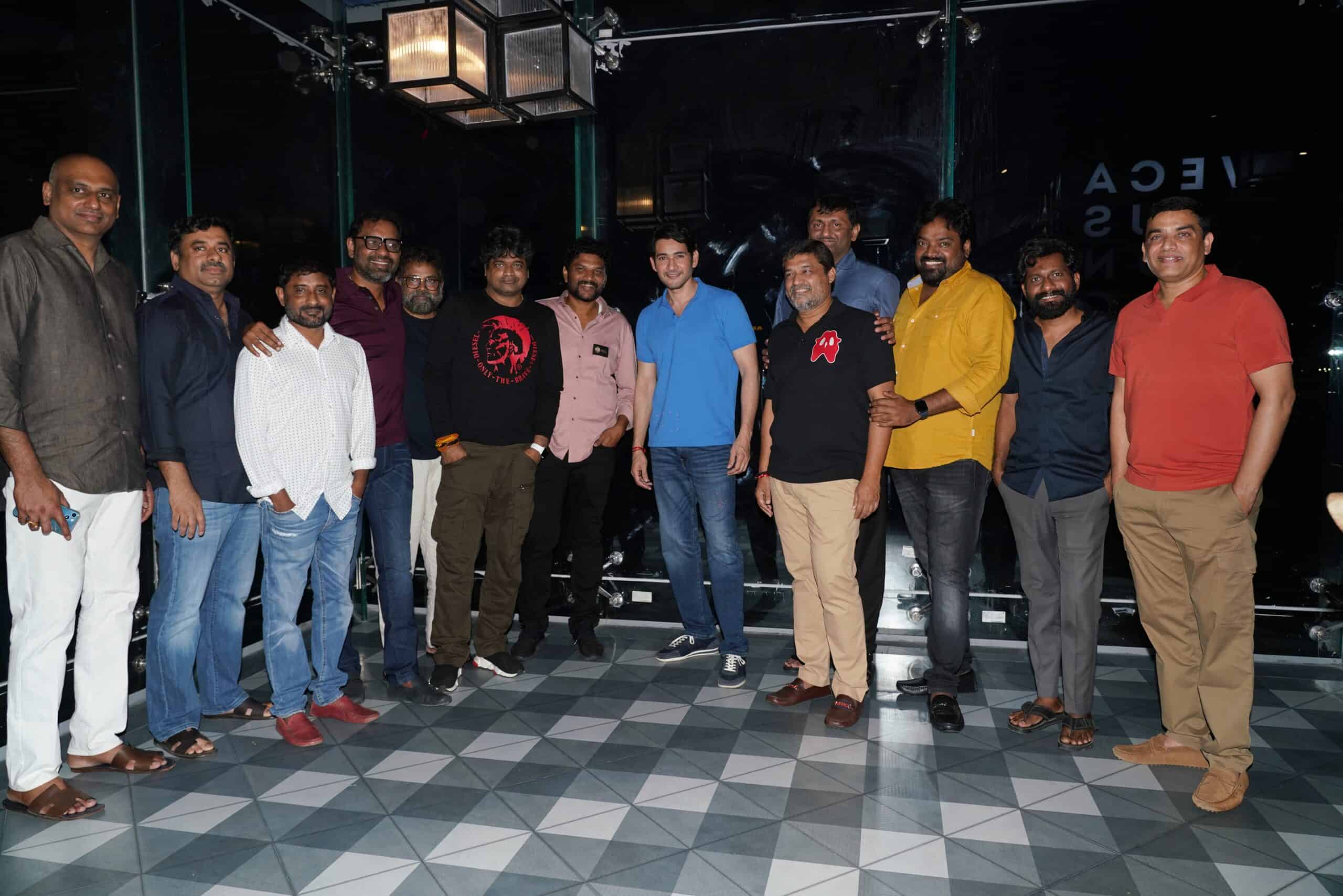 It seems producers of Sarkaru Vaari Paata are quite contended with the film’s opening collections and are confident about it to rake solid figures in its first two weeks.

They host a grand party to the entire team at one of the expensive places in the city- Red Rhino – Craft Brewery and Inspired Kitchen.

Alongside the team, Harsih Shankar, Sukumar, Meher Ramesh and Buchi Babu too attended the bash.

The ticket sales are quite encouraging on day two. In fact, the movie witnessed growth in ticket sales for first and second shows, compared to morning and matinee shows today.

The numbers are going to be huge on week days (Saturday and Sunday).

The makers are also planning to hold success celebrations details of which will be out shortly.