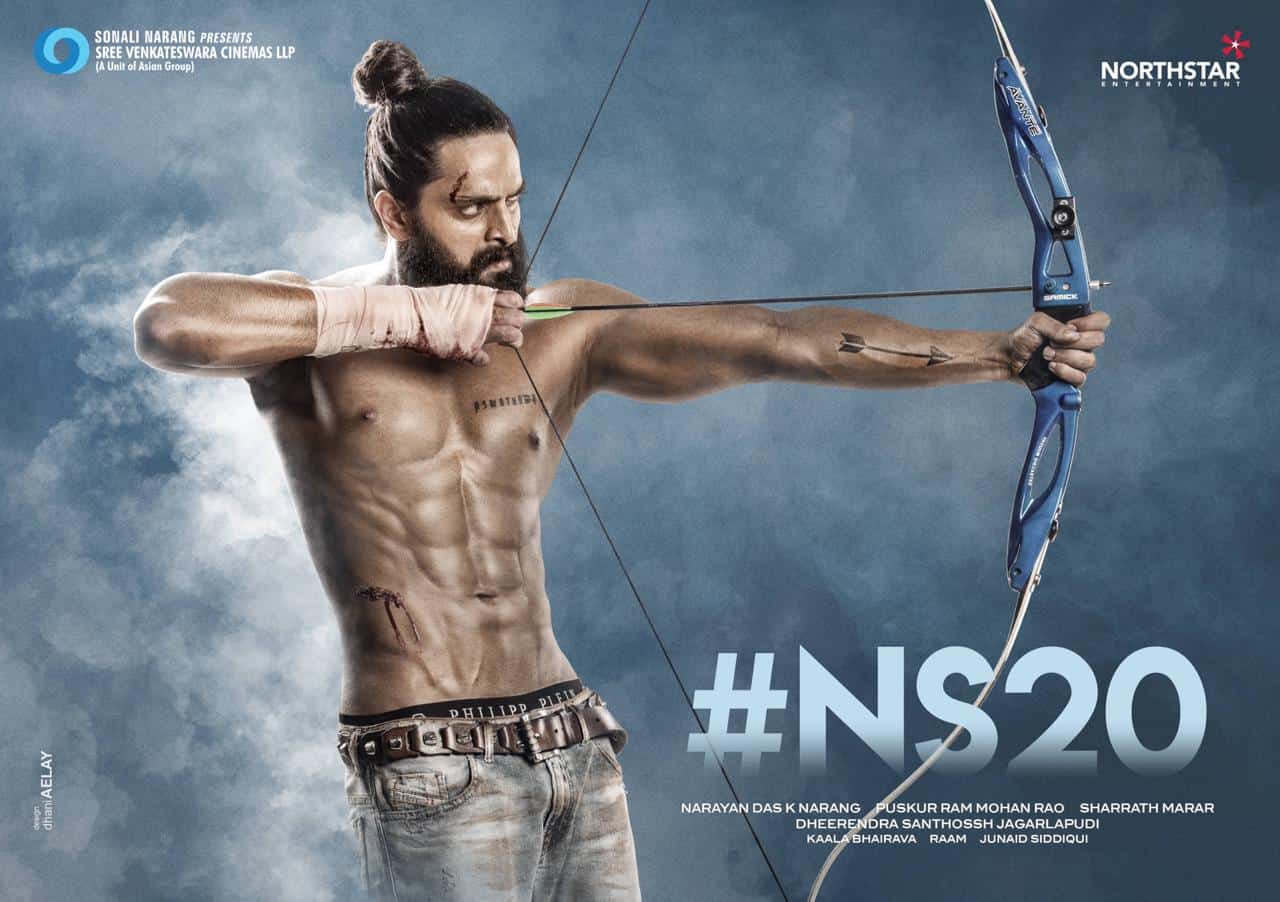 First look poster of yet to be titled 20th film of Naga Shaurya under the direction of Santhossh Jagarlapudi is out and it is quite awe-inspiring. Apparently, Naga Shaurya aims big with the film. He attained a chiseled physique for the film that is witnessed in the poster.

Naga Shaurya in the first look poster is seen going shirtless to flaunt his well-built body. Underwent complete makeover, he appears muscular here. Shaurya as a bowman is seen gearing up to shoot the mark. There’s vigor in his face that is one of the significant qualities of a sportsman.

Guess what, Naga Shaurya was not even allowed to swallow his saliva for three days before the phot shoot for the first look poster.

“It takes lot of efforts and sacrifices…. I gave up on all my favourite foods, I started living on water and I worked out day in day out. My conviction was strong till I started seeing the result and later the result motivated me,” tells he.