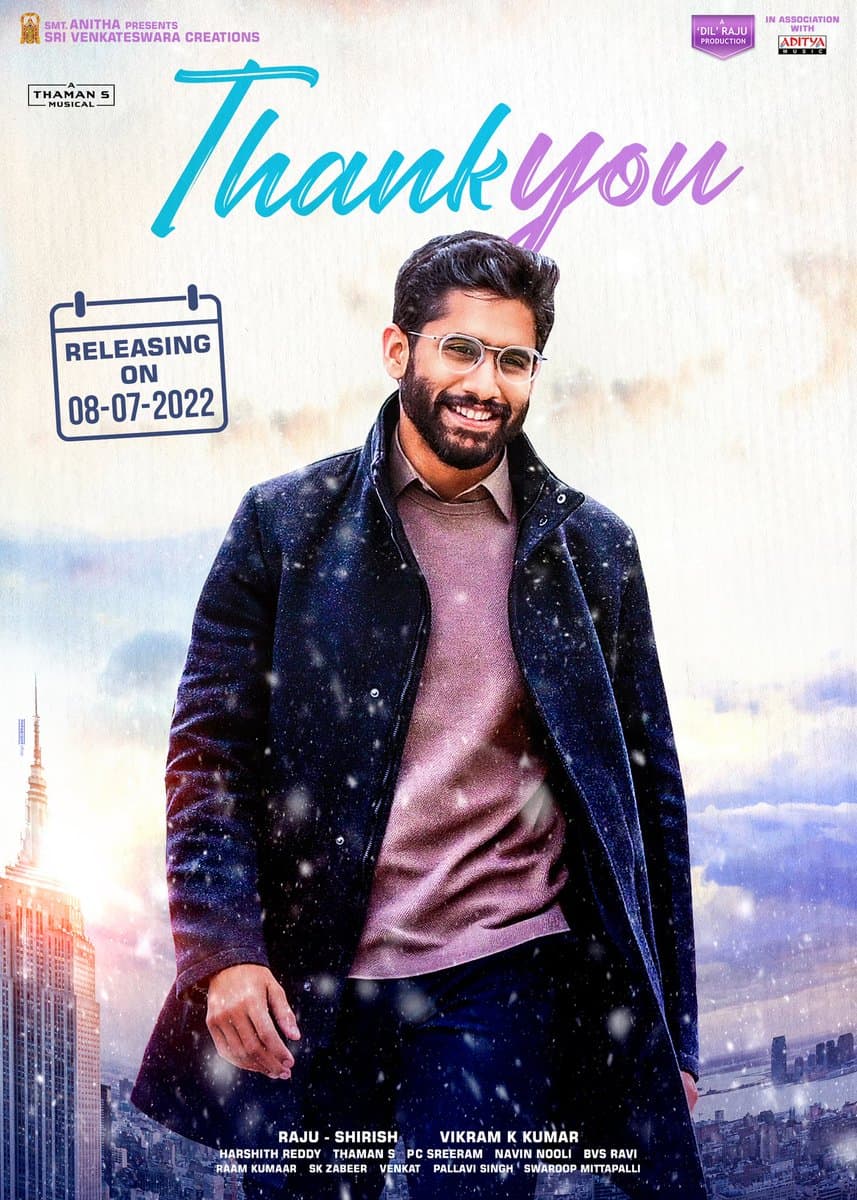 There has been no update on hero Naga Chaitanya’s film with director Vikram Kumar for a while and here comes the biggest update. Short while ago the producers unveiled a brand poster and also announced the release date.

Chay’s ‘Thank You’ will be hitting the box office on July 8th. In the poster Chay looks cool and super stylish wearing a long blazer on the backdrop of snowfall. In fact Chay is really handsome and one can’t take his eyes off of him. Ace cinematographer PC Sreeram does the magic with his camera work.

The Akkineni hero will be seen in multiple looks and the latest one is just one of them. Touted to be a romantic entertainer, ‘Thank You’ has Raashii Khanna, Malavika Nair and Avika Gor in the female leads.

Director Vikram is known for churning out sensible romantic movies and ‘Thank You’ is his second collaboration with Chay after the classic ‘Manam.’