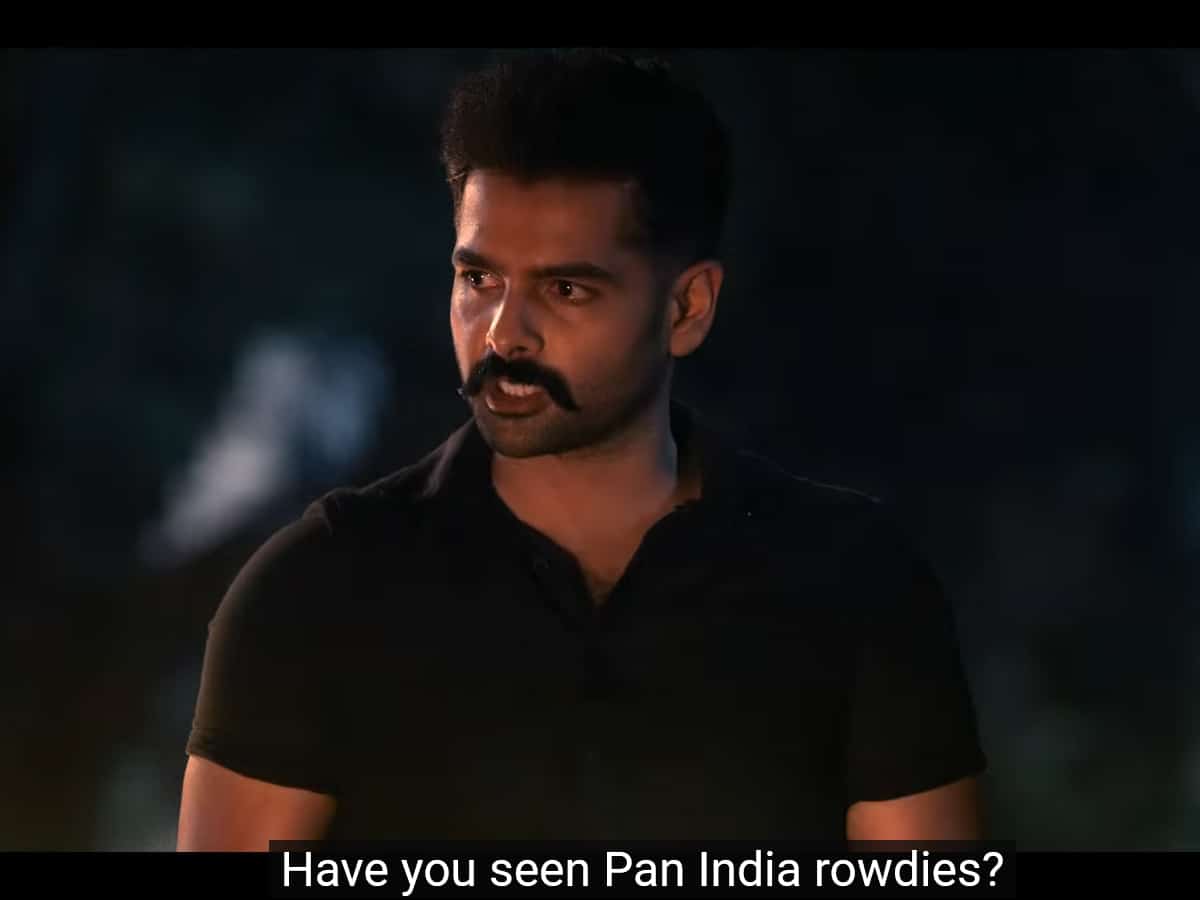 Looks like Telugu filmmakers and heroes want to create more and more comedy around the word pan-India until they capture the whole Indian cine market. Recently we have seen director Anil Ravipudi throwing a satire on the subject of “Pan India” as Vennela Kishore says in F3 trailer that he will showcase the power of Pan India Jr Artist now. Here comes the next.

The trailer of Ram Pothineni’s latest movie “The Warrior” looks promising as director Linguswamy unveiled the action star image of him in a big way as the talented hero dons the getup of a police officer.

Apparently, he says in the teaser, ‘One might have seen Pan India heroes, but now they have to see Pan India rowdies’. If that is about his own characterisation or about the villains is not known, but the topic of ‘pan India’ clicked well.

At a time when more and more Telugu heroes trying to showcase their pan-Indian presence, maybe it is better to avoid these pan India jokes and dialogues, isn’t it? Though Telugu audiences are enjoying these jokes a lot, surely people from other states might feel that Telugu heroes and directors are showcasing their arrogance as they are successfully making pan-India movies.