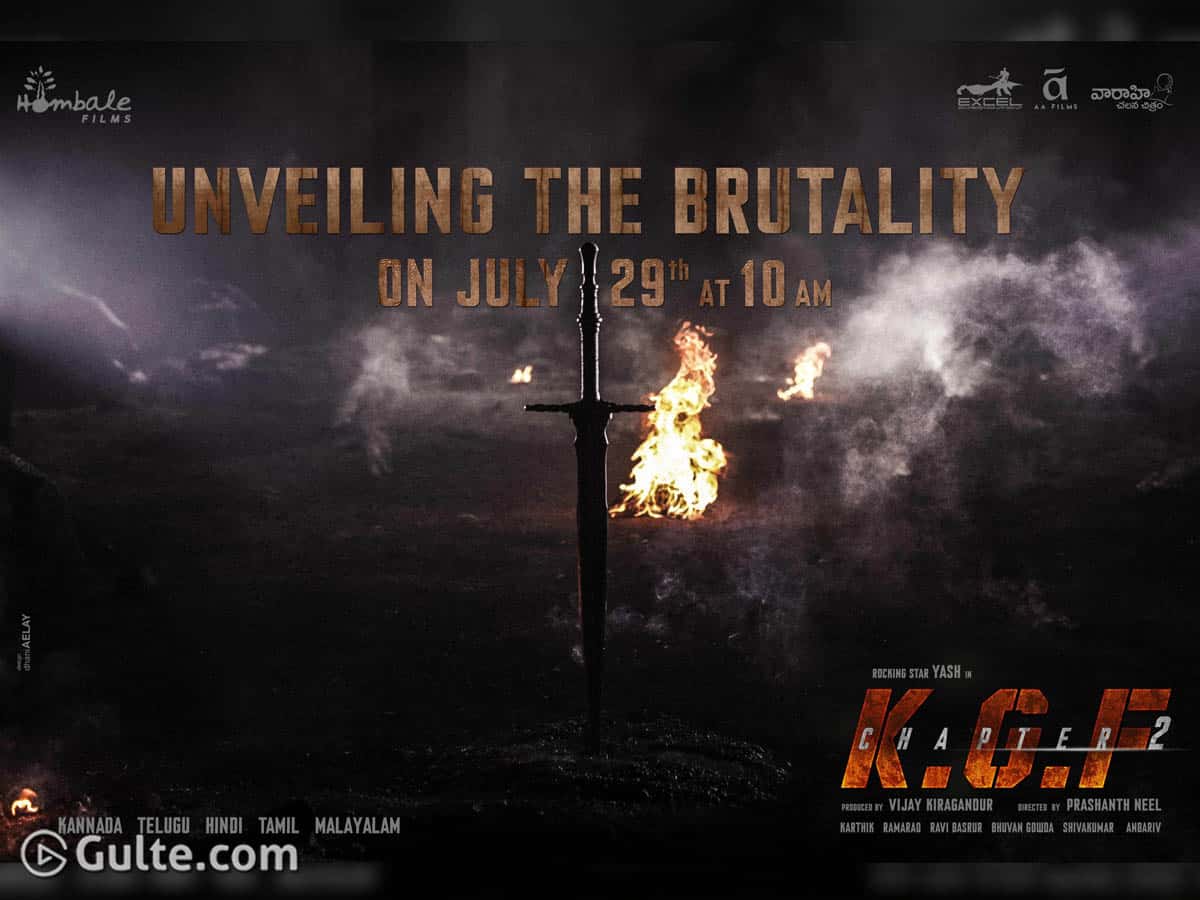 This year’s one of most anticipated films is ‘KGF Chapter 2.’ The other day director Prashanth Neel took to his Twitter handle and added that an update about the movie will roll out soon. As said, an announcement is made and it is all about the ‘BRUTALITY.’

This ‘BRUTALITY’ will have Bollywood actor Sanjay Dutt who is essaying the role of Adheera, a baddie in this flick. Earlier when Sanju Baba was brought on board, a partial look of his was unveiled and now the complete look is likely to be out.

Sanju is expected to be blistering in this look which would be out on July 29th at 10 AM and would certainly rake up the expectations on this second part of ‘KGF.’

In the last leg of shooting, the makers of the film are aiming for Dussehra release.