Pic Talk: Pooja Gets Hot Along With Venky & Varun Tej 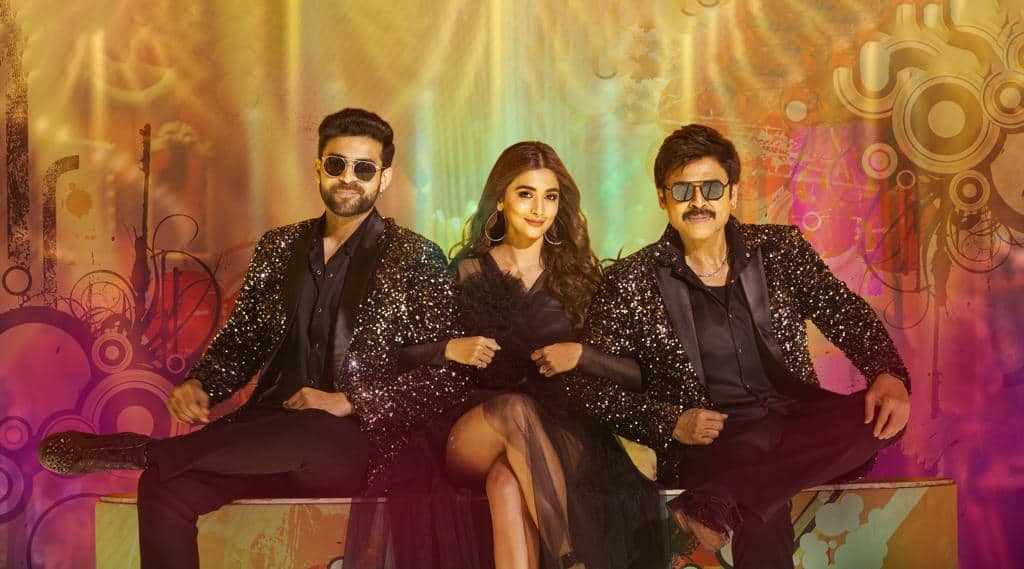 Pooja Hegde who is one of the most sought-after heroines will be seen shaking her leg alongside the lead actors of F3 starring Venkatesh and Varun Tej. Director Anil Ravipudi, in order to make it a much big commercial entertainer, made sure to include all the elements which will appeal to all the section of audience.

Earlier, the makers released working stills from the song revealing Pooja Hegde’s look in it. Now, they have released a new still from the song which will be released on 17th of this month. The poster sees Pooja Hegde sitting down on the bench along with F3 stars Venkatesh and Varun Tej.

Pooja looks stunning in the black thigh-high slit gown, wherein Venkatesh and Varun Tej rock the party look in black sequin blazer, and sporting shades. Going by the poster, the song Life Ante Itla Vundaalaa is going to be a fun, flashy, groovy and glamorous number.

Rockstar Devi Sri Prasad tuned the song promo of which will be released tomorrow. Tamannaah, Mehreen and Sonal Chauhan too will be seen in the song.

The film’s trailer was released last week and it only hiked prospects of the movie. The trailer clocked over 20M views and it is trending on YouTube for last 6 days.