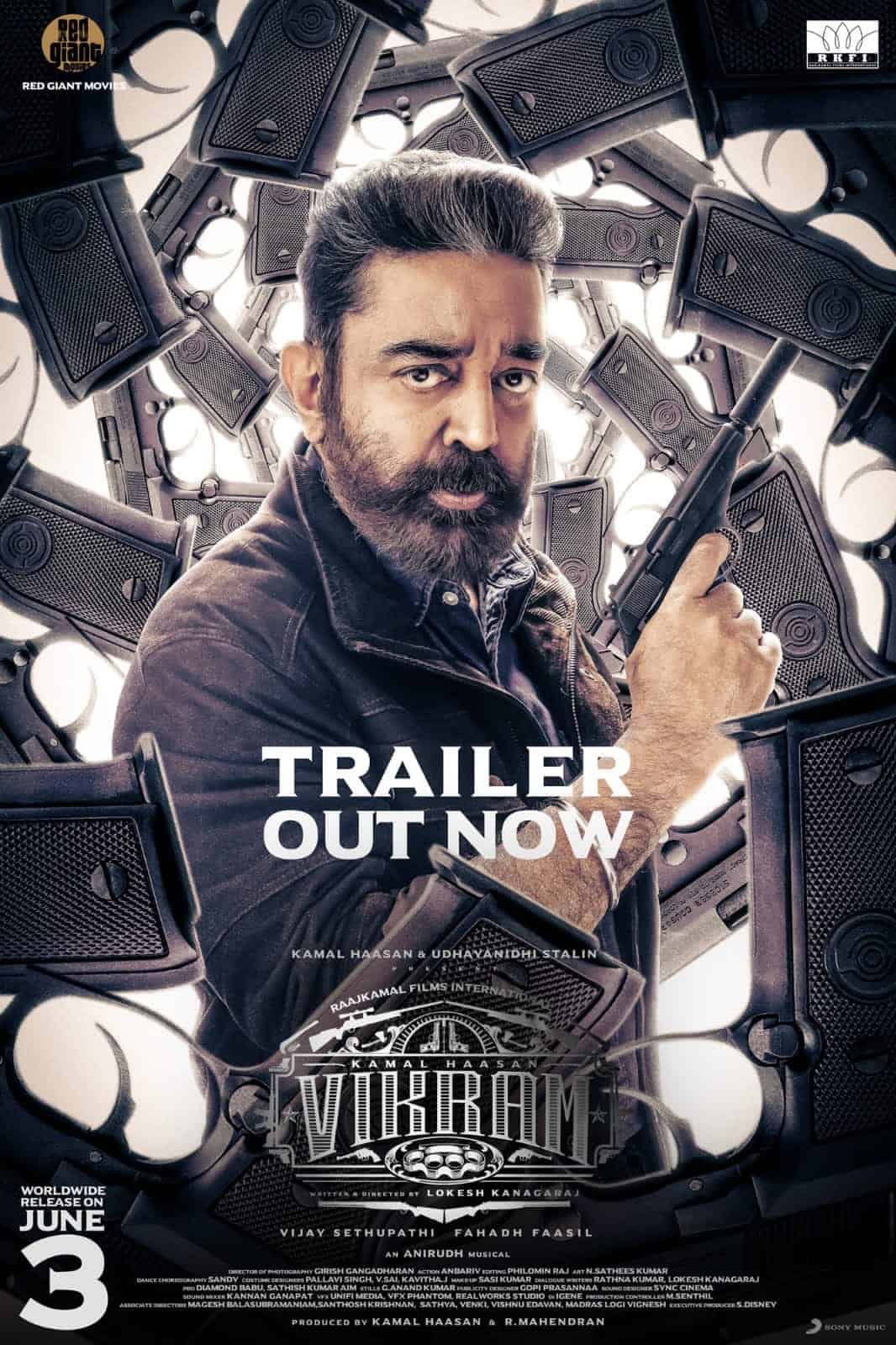 Young and talented filmmaker Lokesh Kanagaraj teamed up with Ulaganayagan Kamal Haasan for the first time. Titled Vikram, the film in their combination is already creating a rage in the Kollywood trade. Taking the film’s craze to sky-level, the makers launched the theatrical trailer which is going to be an action feast for all the fans.

The film unit cleverly attempted a trailer cut that doubles the expectations in the film. The story is not revealed in the trailer but it introduces all the main characters and their emotional arcs.

Billed to be an action thriller, the film features Kamal Haasan, Vijay Sethupathi, and Fahadh Faasil together for the first time. The trailer is pacy with action sequences, elevated with a top-class score of Anirudh. The visuals and the special effects deserve a special mention.

The trailer gives the feeling of a dark thriller but it seems to be having a solid story that will thrill the audience. “One man’s revolution is another man’s terrorism,” is a dialogue from the film that caught everyone’s attention.

Kamal Haasan is also producing this movie in association with R Mahendran under the Raaj Kamal Films International banner. Kalidas Jayaram, Narain, Arjun Das and Shivani Narayanan are also a part of the film.

Along with the trailer, the makers also released the film’s audio today.