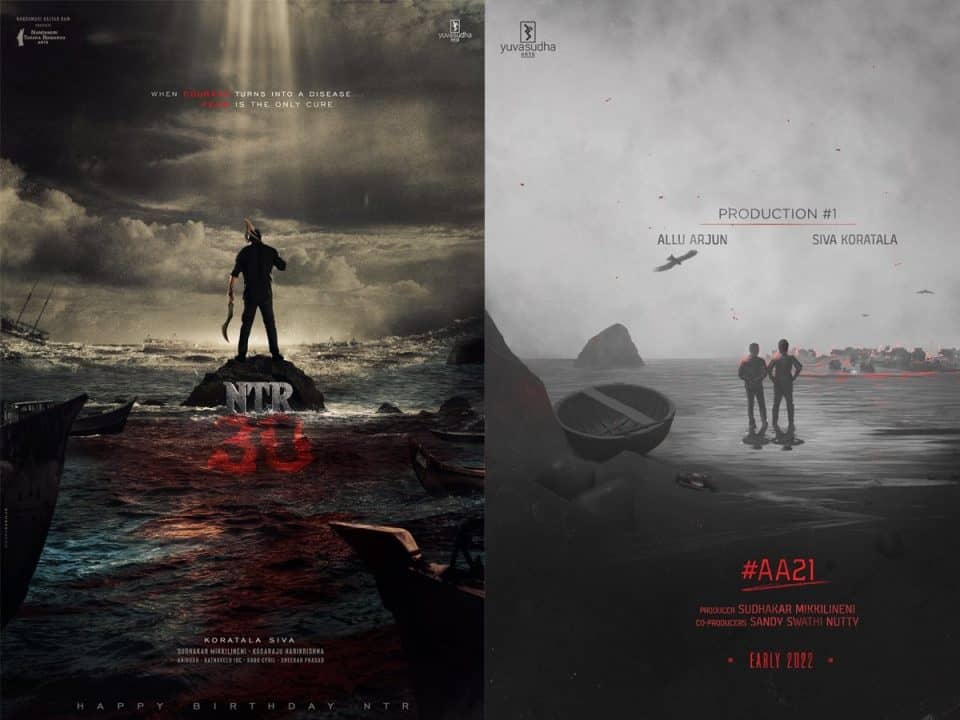 Director Koratala Siva has other day stunned the fans of NTR by revealing the motion poster of #NTR30 which has promised an ultimate mass entertainer, as the Young Tiger heads into the sea with two big weapons in his hand. But then, the look and feel of the poster including the sea element are sparking various rumors now.

Back then, Koratala Siva announced a movie with Allu Arjun and released a theme poster too. That #AA21 poster also carried similar sea elements, a beach and a coracle (round shaped boat – theppa) in the foreground; and same color tone of a dark feel. Now, #NTR30 is also having similar sea elements, waves crashing and similar color tones, thus giving raise to rumours that Koratala Siva has taken #AA21 to NTR as the mega hero is not doing that film anymore.

The resemblance between the posters of both these movies has sparked huge debate everywhere that Koratala Siva might have upgraded #AA21 to the most violent level and pitched it to NTR. Well, there is no wrong in doing a film with another star hero if the other star is busy or not doing it, but this close resemblance to posters itself is what creates the talk between Mega and Nandamuri fans.