NTR’s Aadi Collects $3K In The US Special Show 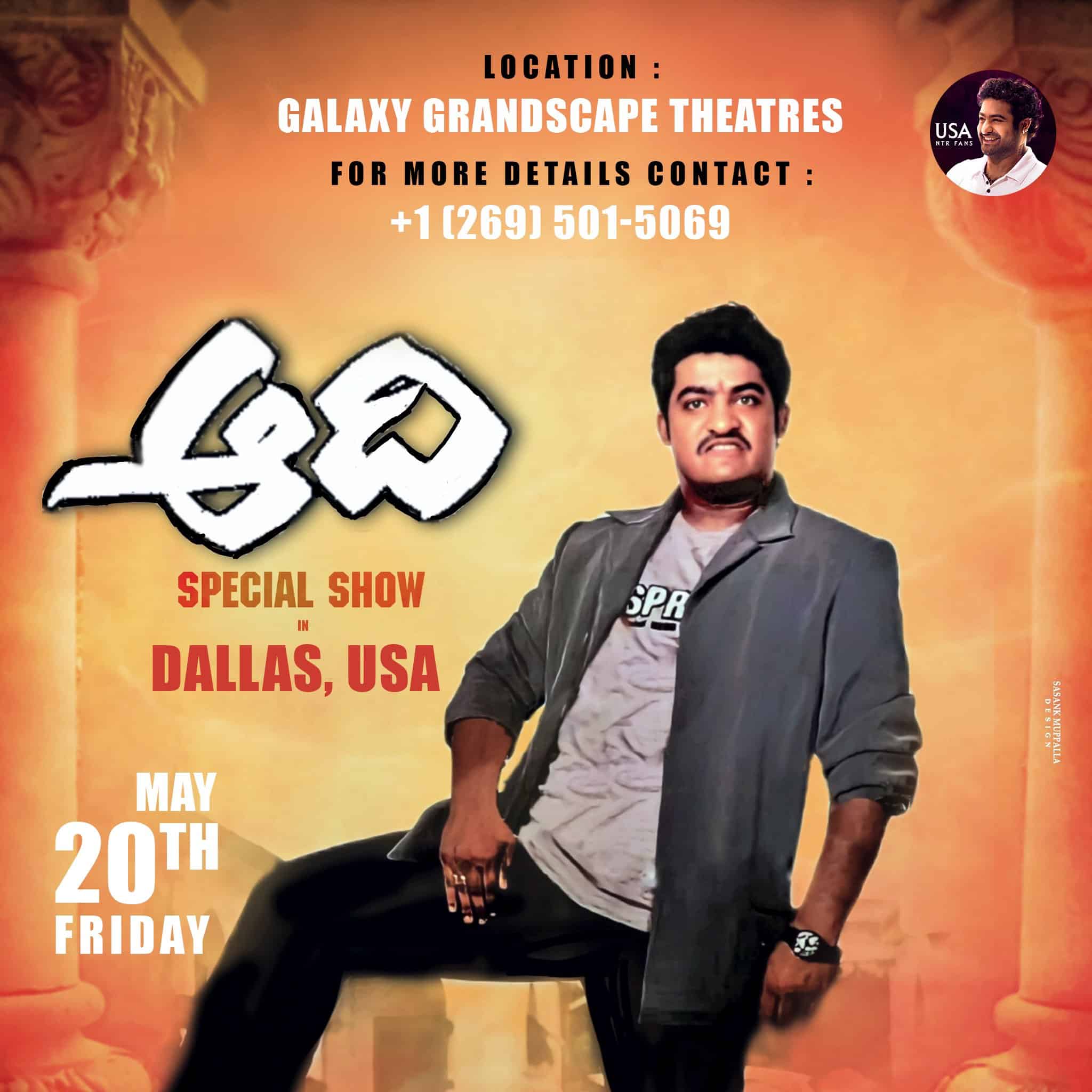 For the first time ever, the fans of a hero arranged a special show in the US to celebrate 20 years of the movie’s release. The hero is NTR and the movie is Aadi. The fans had a special show yesterday of Aadi on Tarak’s birthday, at Galaxy Grandscape in Dallas, Texas.

While the fans are excited to have the special shows and it is more special for those who have watched them in theaters back then. Well, the movie collections are being reported as the usual releases these days!

Aadi USA reported more than $3K for the special show at Galaxy Grandscape. It is a bit surprising to see a 20-Year-old movie being reported and we may expect more films, and other hero films to have special shows in the US, as the NTR fans started the trend.

The collections reported apart, the remastering of the print from 2002 could be costing more. But the admiration of fans and their celebration knows no pain in spending for their favorite hero.