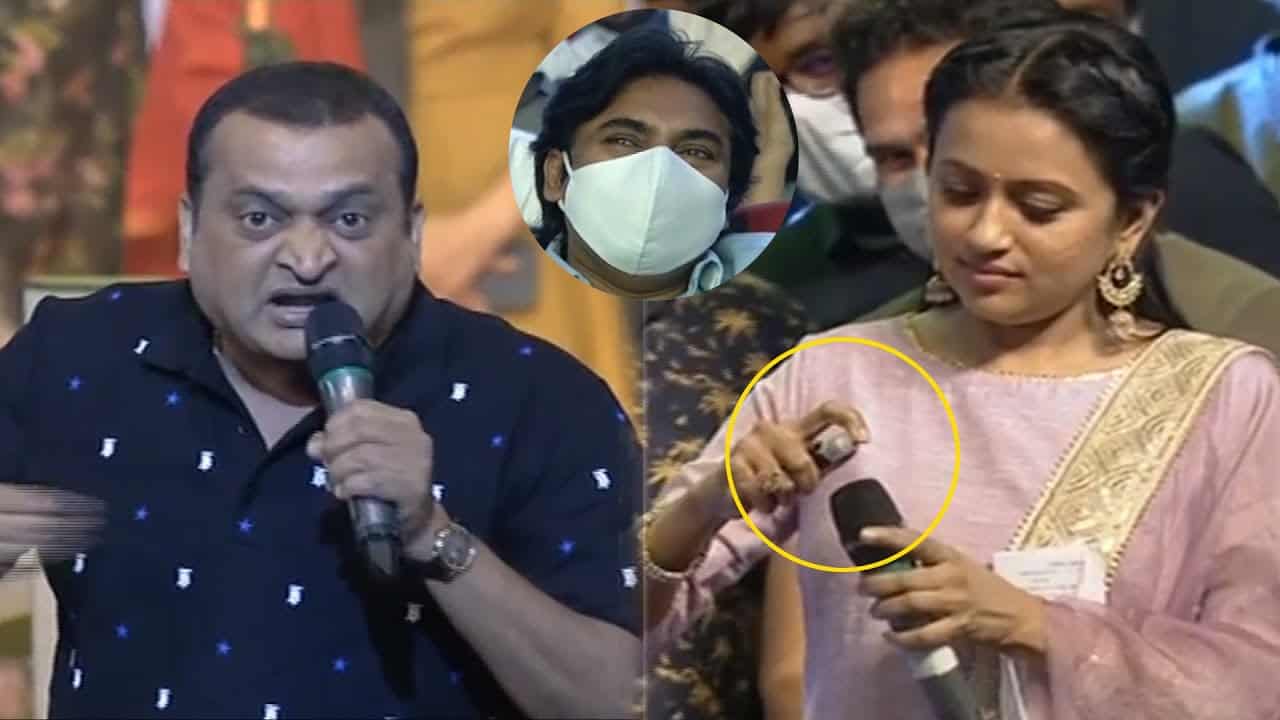 Victory Venkatesh and Varun Tej’s starrer F3 is all set to hit the screens on the 27th of May and its grand Pre-release event took place today. Apart from the movie cast and crew speeches, it is Anchor Suma who has been the special attraction of the movie pre-release event. With her superb punches in the slang of Telangana, she made the event very engaging and entertaining.

Continuing her sense of humor, Suma blasted a punch on producer Bandla Ganesh that became the talk of social media instantly.

Though this statement from Suma evoked a few laughs among the movie cast and audience, it also indicates that there was a plan behind Bandla not being called to the event.

Meanwhile, directed by Anil Ravipudi, the F3 also has Tamannaah, Mehreen Pirzada, Sunil, Sonal Chauhan, Rajendra Prasad, Raghu Babu, Pragathi, and others in crucial roles. Devi Sri Prasad composed the music and Pooja Hegde has made a special appearance in a dance number.