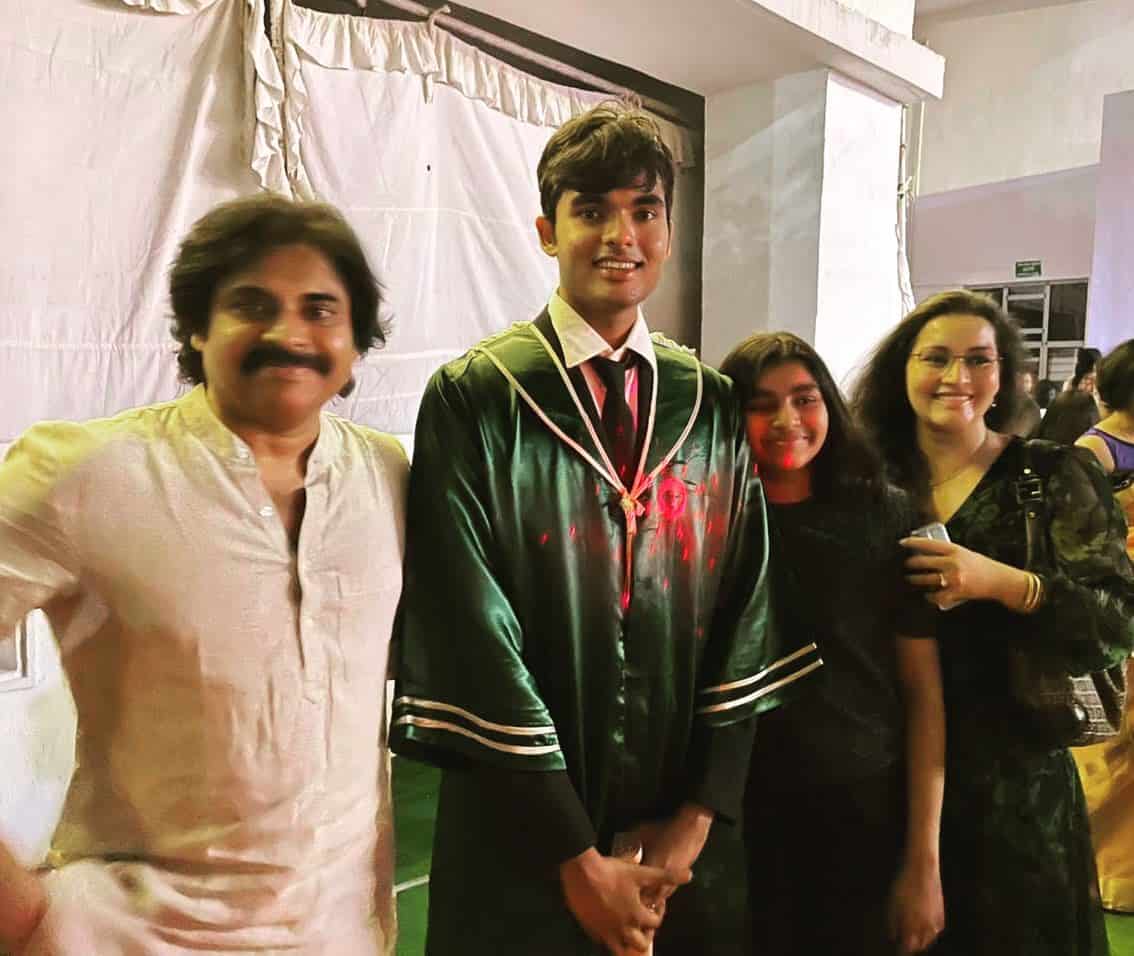 Pawan Kalyan and Renu Desai’s son Akira Nandan need no introduction to the Telugu audience. Akira is not seen on social media often but his mother Renu Desai reveals glimpses of his talent now and then on Instagram. Now, Akira completed his graduation, and Pawan along with his ex-wife Renu attended the graduation ceremony.

Renu Desai took to her Instagram profile to reveal her happiness about her son’s achievement. In a picture she shared, we can see a happy family including the couple’s daughter Aadhya.

Renu wrote, “An era ends and an era begins. Proud parents of an amazing boy on his graduation day.No more getting ready for school early morning, no more worrying about the bus timing, no more rushing to get the lunch packed on time, no more tutions, no more PTM, no more school…I have told Akira that his true journey begins now and I hope he finds his own spot in the sunlight without needing the light of his parents. My little baby grew up really fast.”

On the work front, Pawan Kalyan’s next film is Hari Hara Veera Mallu. Renu Desai is also acting in Ravi Teja’s next.