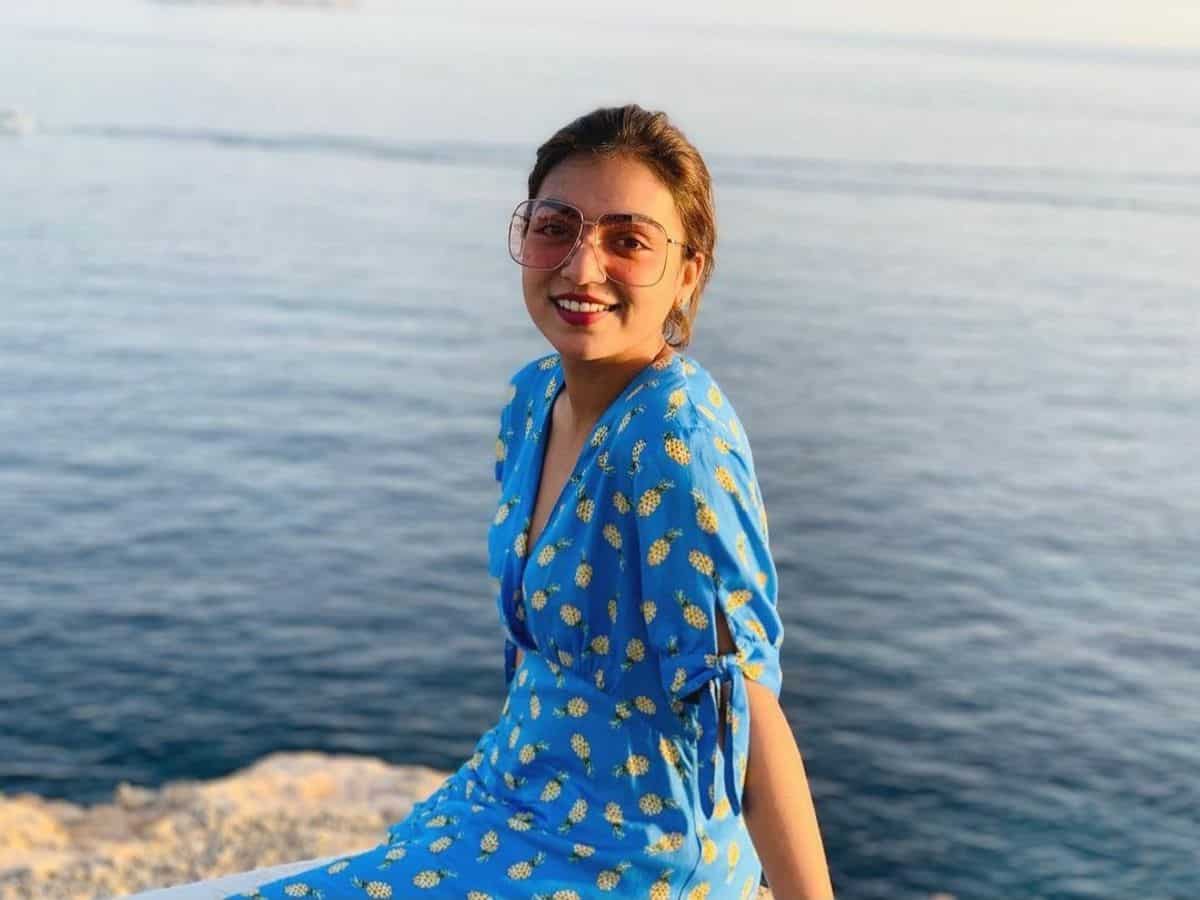 Malayalam beauty Nazriya Fahadh who is debuting in Tollywood with Nani’s ‘Ante Sundaraniki’ is giving her best shot for her first Telugu outing. Going an extra mile, Nazriya dubbed in Telugu and the team of ‘Ante Sundaraniki’ dropped a glimpse of Nazriya’s Telugu adventure.

The 28 seconds video has Nazriya fumbling to utter the Telugu dialogues but she deserves applause for lending her own voice instead of getting it done with a dubbing artist. We also see her struggle but doesn’t give up. Even for the tiniest of the scenes, Nazriya puts heart while the video is loaded with the Mallu beauty’s cuteness.

In ‘Ante Sundaraniki’ Nazriya will be seen as Leela Thomas and she falls in love with a Brahmin boy. The teaser received a phenomenal response and the chemistry between Nani and Nazriya stood out and they looked a perfect pair.

Directed by Vivek Athreya, ‘Ante Sundaraniki’ is releasing on June 10th. But before that the trailer is set to arrive and the team will shortly announce the date.