Venky Opens Up On Acting In Naidu’s Biopic 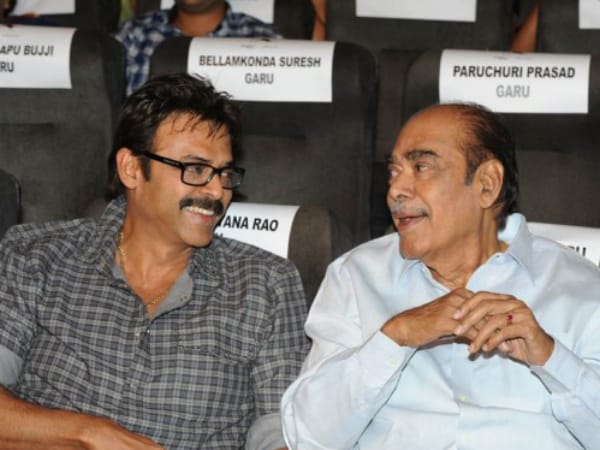 Biopics have become a trend these days. But not every biopic is becoming successful at the box office. These films need to be made with utmost precision and intricacy. Then, it will have the chance of becoming a hit.

In Telugu, we have seen the biopics of various film celebrities like NTR and Savitri in the past. Recently, Superstar Mahesh Babu was asked if he will act in the biopic of his father Krishna. Mahesh said that he won’t act but he will be happy to produce the movie.

Now, Venkatesh was asked if he is interested in acting in his father Ramanaidu’s biopic. Answering the same, Venky said that he will do it if the right script gets set.

The actor also revealed that he wanted to act in the biopic of Swami Vivekananda but it couldn’t materialize due to some reasons.

Venkatesh’s father D. Ramanaidu was a renowned producer in Indian cinema. He was placed in the Guinness Book of World Records for the most films produced by an individual. He bankrolled more than 150 films in 13 languages.

Currently, Venkatesh is busy with the promotions of his upcoming film F3. Directed by Anil Ravipudi, this comedy-drama is set for a grand release on May 27.