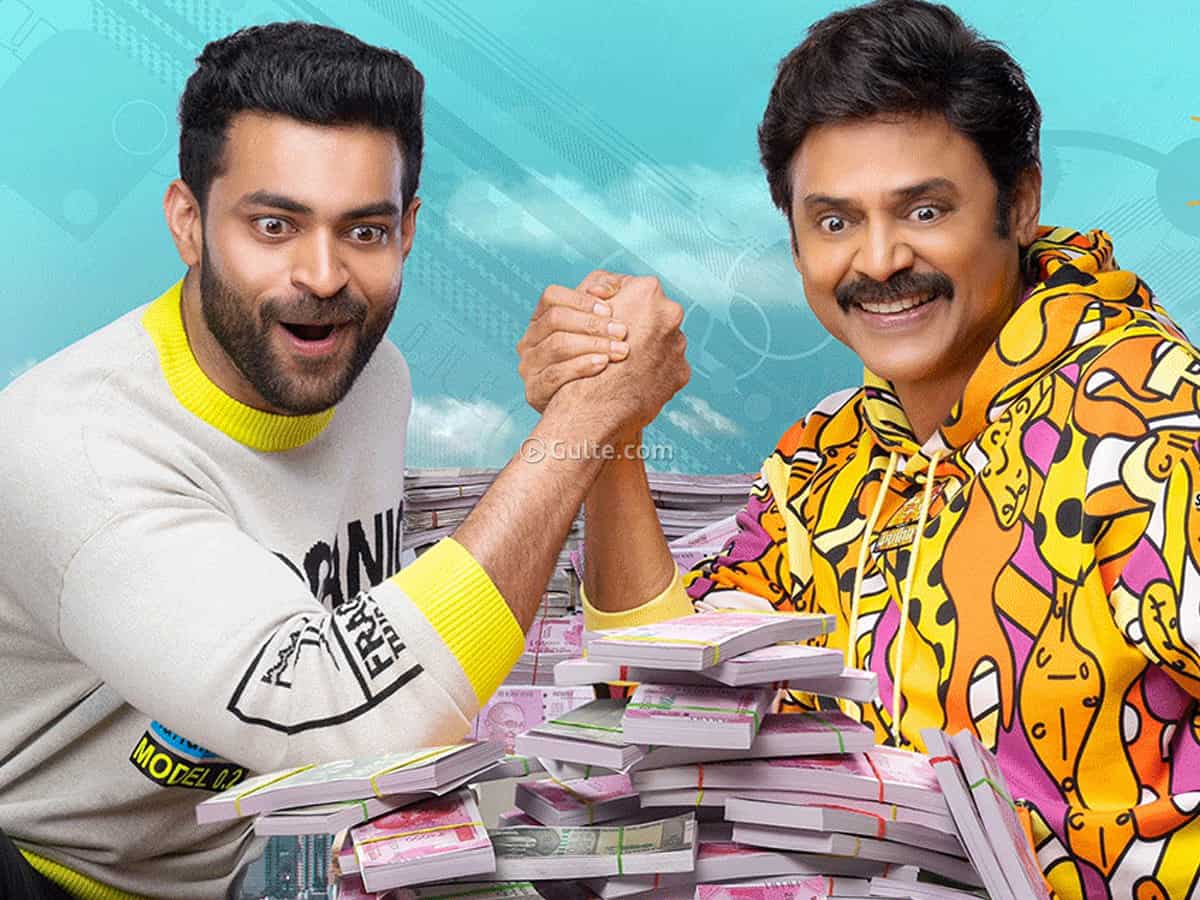 Venkatesh and Varun Tej’s F3 was released today in the theaters and here is the first report from the US premieres.

As revealed in the trailer, F3 and all its characters revolve around money. Though the actors are all the same from the first part, F3 introduces an entirely new story and characters to us.

The first is really good with full-on entertainment. Venky steals the show while Varun too gives his best. There are many back-to-back comedy scenes and dialogues that bring the house down. Venky’s night blindness comedy always worked with just one dialogue and so did Varun’s stammering comedy every time when he does something to bring the word out.

The second half is a mostly old school filled with slapstick comedy. Venky and Varun shine in their roles again in the second half and the entire plot shifts to a different place.

The director used all his powers to make the comedy work. The parody comedy and making use of ‘Superstars’ of the Telugu film industry enthralls the respective fans a bit. During the pre-climax and climax, F3 reminds us of the vintage EVV cinema comedy.

Overall, the first half of F3 is hilarious and the second half is filled with parody fun and other film references mostly.

Stay around for the full review that will be published very soon.