When Rocky and Salaar Rocked For Big Bhai 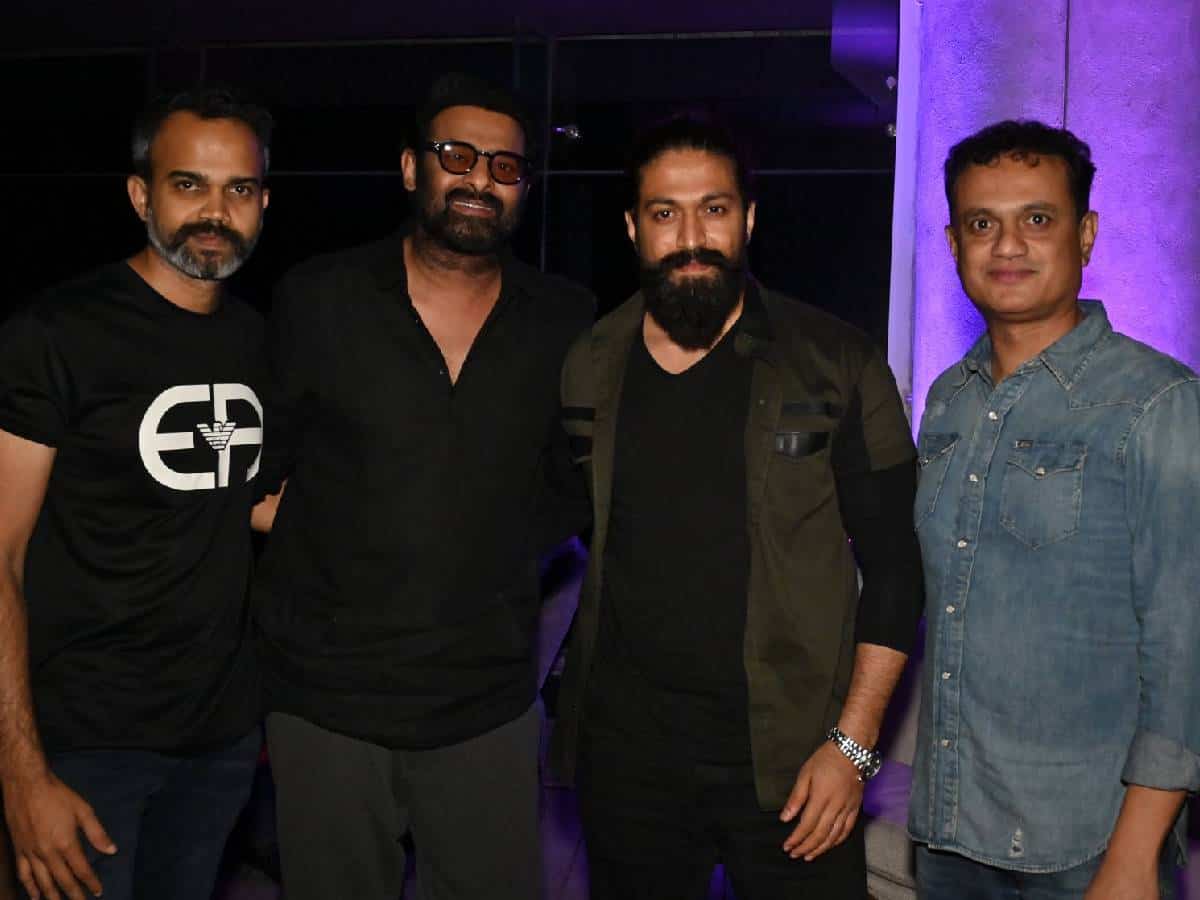 Some combinations will be terrific together even though they meet just for an occasion. Though the likes of legendary SS Rajamouli showed the best of such combination by clubbing Jr NTR and Ram Charan together for “RRR”, there is another such combination that might send shivers down the spine of the box office.

Yes, what about watching the powerful ‘Baahubali’ and the stunning Rocky Bhai in the same frame? Though Superstars Yash and Prabhas might not come together on the screen anytime soon owing to their commitments already, here is the wonder that took place last night. And they did for ‘Big Bhai’ Prashanth Neel, as that would be possible only there.

Other day it happens to be the birthday bash of the creator of KGF and Salaar, and why would the leading men of those films miss the chance to meet each other at that party? Both Prabhas and Yash are said to have walked hand in hand at the party, sharing the best of Prashanth Neel’s things as both are his heroes by all means. We hear that Prabhas has flown to Bengaluru to join the celebrations hosted by the producer of KGF and Salaar, Vijay Kirangudur.

No doubt, looking at those pictures is wondering all the eyes if Prashanth Neel would make a film in the near future with both Prabhas and Yash in the leads. Surely that would be one hell of a weapon that could be unleashed on the box office as well as the audiences.