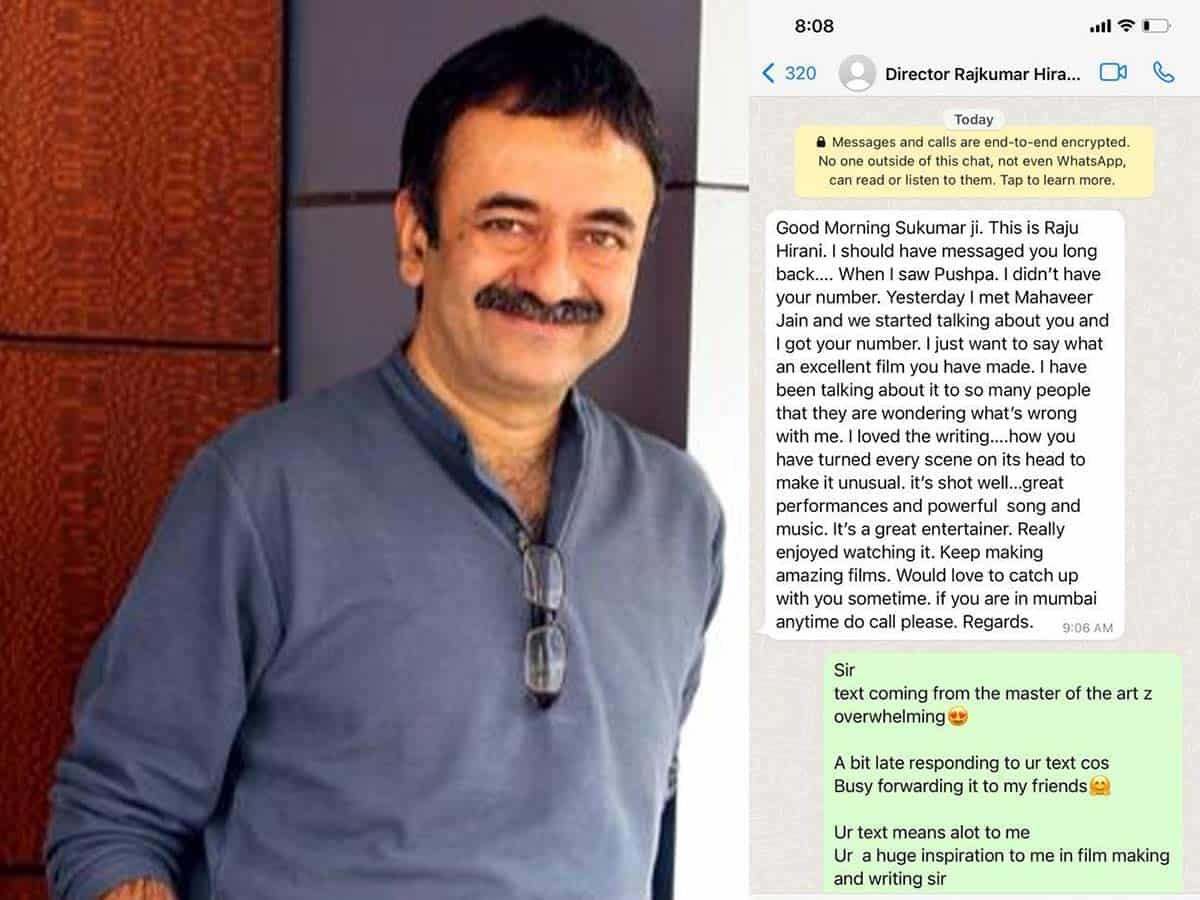 Bollywood’s ace director Rajkumar Hirani, who is known for his sensible films like ‘Munnabhai’, ‘3 Idiots’ and has inspired several successful filmmakers, heaped praises on Allu Arjun’s Pushpa: The Rise and its director Sukumar.

Rajkumar Hirani has displayed his love for Pushpa in a personal message to director Sukumar. In his message, Hirani told Sukumar that ‘Pushpa’ is an excellent film. “I have been talking about it to so many people that they are wondering what is wrong with me. I loved the writing. How you have turned every scene on its head to make it unusual. It is shot well,” Hirani told Sukumar, adding that the performances are great and the music is powerful in the movie.

Hirani also called ‘Pushpa’ a great entertainer. “Keep making amazing films. Would love to catch up with you sometime if you are in Mumbai,” Hirani wrote to the ‘Rangasthalam’ maker.

The ‘Arya’ director is on cloud nine upon receiving words of appreciation from the ‘Sanju’ maker. Replying to Rajkumar Hirani, Sukumar described the Bollywood maker as a “master of the arts”. “Your text means a lot to me. You are a huge inspiration to me in filmmaker and writing, sir,” Sukumar wrote in a WhatsApp reply.