Reddy Made My Baby A Record-Breaking Child: Kamal Haasan 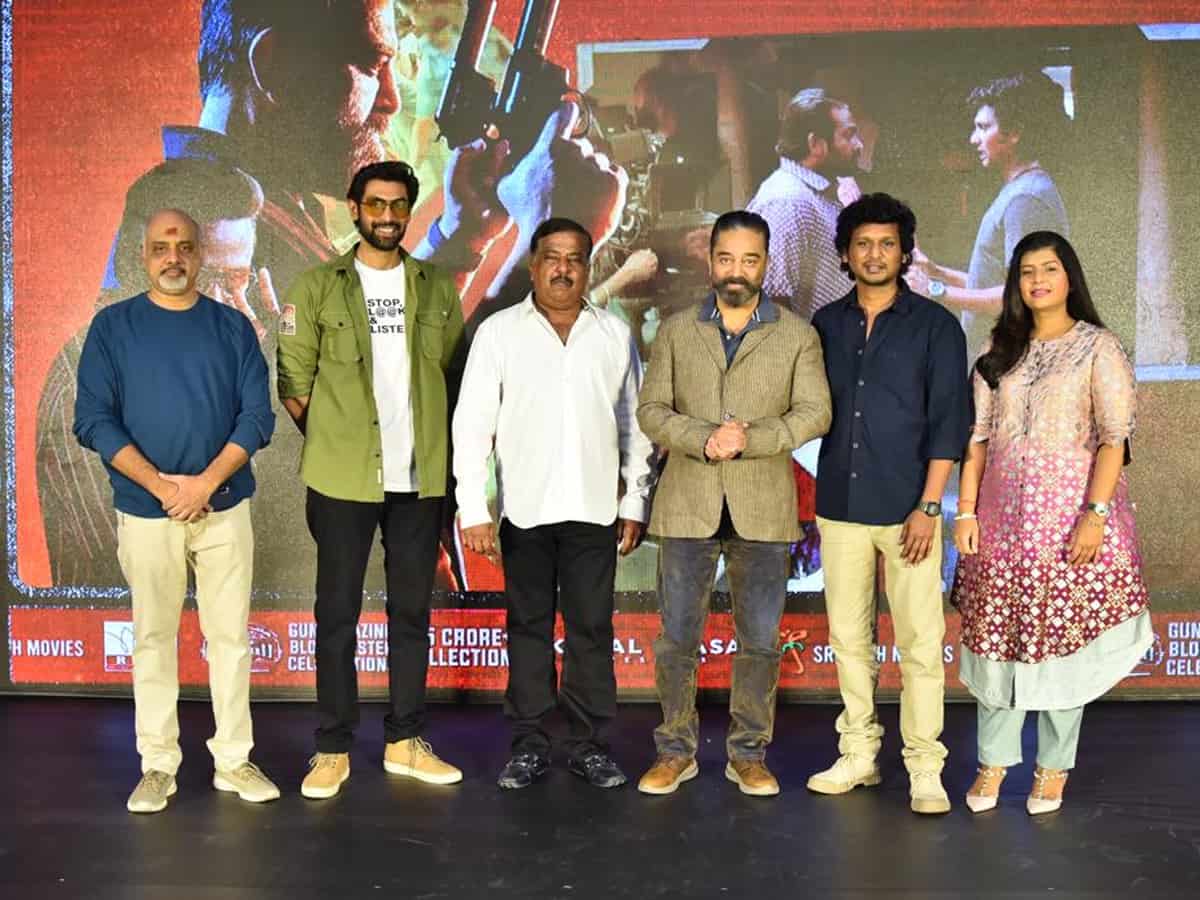 While speaking on the occasion, Lokesh Kanagaraj said, “First of all, very big thanks to Telugu audience. It’s big success here as well. Thanks, Sudhakar Reddy and Nithiin for releasing it here. We’re overwhelmed with the response.”

Rana said, “Nithiin told me that Kamal and Lokesh will be coming to Hyderabad for the success party. He also said there’s an event. He shared me the location of the event, but he didn’t tell me the venue of the party. After a long time, I’ve watched Telugu and Tamil versions of Vikram in a single day. Lokesh, thank you. You showed Kamal sir in the coolest way possible. Kamal sir, you are larger mountain than success. It’s an awesome film.”

Kamal Haasan said, “We’re very happy that we gave the film to Sreshth Movies. Sudhakar Reddy and Nithiin, without you this film wouldn’t have reached so many theatres and there wouldn’t be this much publicity. As if they produced the film, they enjoyed and celebrated the film. When we signed the contract, I told him that, we must make history. He has made my baby (Vikram) into record-breaking child.

It’s obvious that, even if you had not put his name (Lokesh) on the title, you would have asked who is this fellow. That’s how well he’s done this film. I’ve seen his Khaidi and I gave him an award. We gave him an opportunity and look what he’s done. You all know Rana as a star, but I knew him as a technician.

One generation won’t know that Maro Charitra ran as a Telugu film without subtitles for 2.5 years in Chennai. That means, there’s no language barrier for cinema. Please continue supporting good films. Give us strength to go forward.”