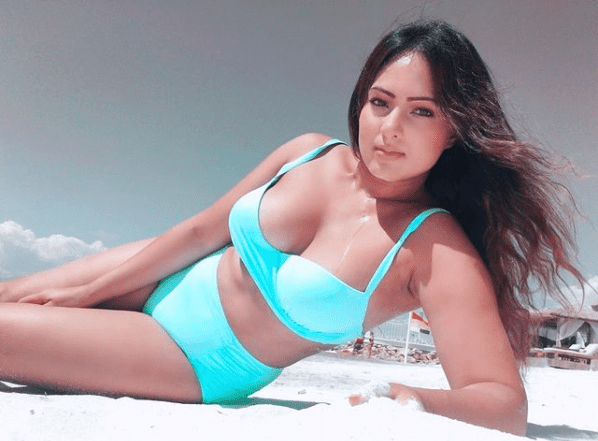 Nikesha Patel made a grand entry into films with Power Star Pawan Kalyan’s 2010 film Puli. As the film was a disaster, Nikesha’s career didn’t take a flying start.

After that, she was seen in a handful of films but none of them helped her career in any way. Though she has become a fade-out actress, Nikesha is still trying to grab attention.

The actress often shares her glamorous pictures on Instagram and grabs the eyeballs of the netizens. Recently, she took to social media to share a tempting picture of herself.

In this photo, Nikesha is posing in a blue bikini. Her seductive looks and beautiful physical assets are oozing out the oomph. We have to agree that she looks irresistibly hot in the photo.

Nikesha is proving that there is still hotness left in her and we have to see if any producer or director gives her a chance and helps in starting her second innings.